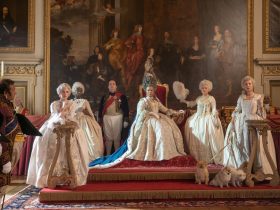 Let the fabulous Kinky Boots raise you up, Lady Gaga’s live-singing film wow you, and various true-life dramas inspire you

Pop legend Cyndi Lauper dips her pen into creating the original music and lyrics for a musical about friendship and just being who you want to be. Based on the 2005 film of the same name, Kinky Boots is also inspired by the true story of Charlie Price, an ordinary shoe factory owner who’s struggling to keep the family business alive. His world is turned around when Lola, a fabulous drag queen, pays the factory a visit in search for some sturdy new stilettos. The unlikely pair work together in a wild idea to save the business and provide for the footwear needs of drag queens. What results is a hilarious, sassy, and uplifting time sure to raise you up! The dazzling music and spectacular performances earned Kinky Boots many awards, including the 2013 Tony Awards for Best Musical, Best Original Score, and Best Choreography. Catch it at the Marina Bay Sands Theatres from 5 to 14 October!