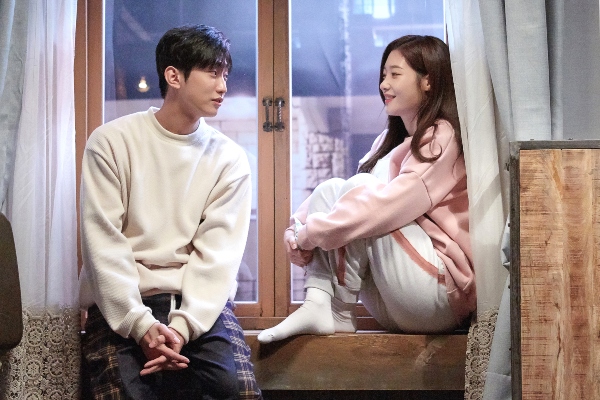 Despite its massive popularity in Southeast Asia, Running Man has taken a huge blow – and it showed

As much as it pains me to pen that headline, it’s a bitter pill that Running Man fans have to swallow: the hit Korean variety series is plummeting.

Since its start some four years ago, Running Man has done wonderfully on a global scale. For a while it monopolised viewership for its air time in Korea, and has been broadcasted online and on TV to hordes of international fans. When they film outside of Korea – they have been to Thailand, Hong Kong, and Australia, among others – entire streets are drowned by swarms of screaming fans.

(In case you’re wondering, these are no K-Pop idols. Most of the Running Man cast are regular Korean hosts, singers and actors.)

But the show is plunging from grace, and its fan meeting “Race Start Season 2” in Singapore this past weekend made this very clear.

“Running Man: Race Start” in November last year was a sell-out event. Tickets had reportedly sold out within half an hour of release, with visitor volume to ticketing website SISTIC crashing the system down to its quivering knees.

The event was held at Singapore Expo, where it saw a full house. More than 3,000 people thronged the venue, with pockets of die-hard fans camping outside, hoping to catch a glimpse of their favourite hosts because they didn’t manage to secure tickets.

This year, however, was a wilt in comparison. Held at the Star Performing Arts Centre on Saturday, “Race Start Season 2” was a spectacle of tired performances and row upon empty row. A total of 2,600 fans turned up for the show, filling up only half of the 5000-seat theatre.

This was a surprisingly low turnout, considering a whopping 6,000 fans had milled to their autograph session the day before.

Most fans that Weekender spoke to admitted that the pricing of the tickets dissuaded them from attending the event.

“Some people pay up to $700 just to get a ticket – not even K-Pop concerts are this expensive,” said Seah Xin Yee, a loyal fan of the show. She continued: “I don’t want to fork out $200 to squint for a view.”

The most expensive category – VIP – cost $348, entitling fans to a front-sector seat at the theatre and an autographed poster. One way to secure tickets was to spend at least $300 at a brand-name store that sponsored the event, allowing the buyer to make the purchase a day before public release.

But price wasn’t the only factor contributing to the underwhelming turnout.

When the cast line-up for “Race Start: Season 2” was announced, many fans lamented about the absence of certain personalities. Of the seven Running Man members, only five were seen at the fan meeting: Ji Suk Jin, Kim Jong Kook, HaHa, Song Ji Hyo, and Lee Kwang Soo.

In particular, the absence of rapper Gary this year robbed the showcase of its romantic appeal, owing to his on-screen coupling with actress Song Ji Hyo.

And despite their laudable efforts, the Running Man members showed signs of weariness due to their hectic schedules.

Before arriving in town, they had been flying back and forth between Korea and other Southeast Asian countries, alternating between filming and treating their fans to the promised performances.

By the time they arrived in Singapore – the last stop on their tour – they were understandably exhausted and worn down. Fans sighed and cooed as resident tough guy Kim Jong Kook explained that he was down with a cold, even though he continued to belt out a string of energetic dance hits.

The show itself, while hyped-up and endearing for many, took a huge chomp from the members’ stamina. It featured segments where the cast played mini-games from the show with several lucky fans.

One of the games was a piggy-back race, and another required actress Song Ji Hyo and a fan to complete 50 sit-ups. By the end of the first round, Song – who is known as the capable and tireless Ace of the show – was panting breathlessly when asked for a comment.

Despite their fatigue, however, the group selflessly returned for multiple encore hits, where they jumped on stage, off stage, and even snapped selfies with their fans in the audience.

The fans returned the love by dedicating a crowd performance to them. The theatre was dimmed and the crowd sang “Twinkle Twinkle Little Star”, capping it off with a thank-you chant. The organisers even delivered a cake decorated with Running Man members and icons of Singapore, like the Merlion and nasi lemak. When the lights came back on, Song Ji Hyo was seen in tears.

Of course, we can’t fault the event or the hardworking Running Man members for the flat response to “Race Start: Season 2”.

After all, the show itself has seen falling ratings over the past year, with complaints regarding the inundation of unknown guests and uninteresting episode concepts flooding in.

The unique “name-tag race” that was the show’s iconic segment had been ripped out halfway through the series, earning boos from viewers worldwide.

Recent episodes, however, sport some innovative and shocking segments that have thrown fans into fits laughter. Some of them reprise the popular “name-tag race”, to the delight of many viewers.

Whether Running Man will pick up its slack remains to be seen. What we do know is that fans around the world would still empty their pockets and flock to see them in town – so they must still be doing something very right!

Catch all-new episodes of Running Man on Fridays, 11.45pm, first and exclusively on ONE. Reruns air on Friday, 7.40pm, and Saturdays and Sundays, 11.15pm.