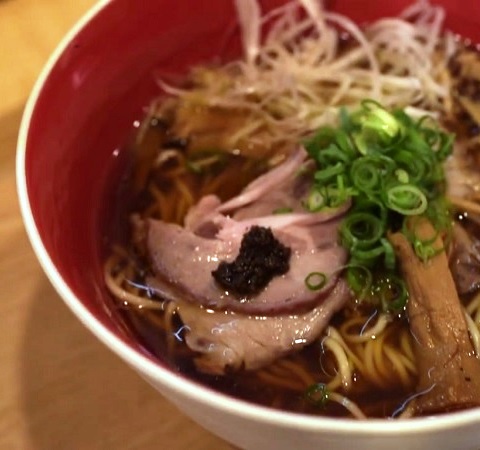 World’s Only Michelin-starred Ramen Is Coming To SG

This New Year’s is turning out to be an extra-fabulous one for fans of “Sherlock”. BBC has confirmed that Series Four will premiere on 2 Jan, with the first episode titled “The Six Thatchers”.

The episode accompanies the “Thatcher” teaser that was announced at Comic Con earlier this year. It has been speculated to be loosely based on the Arthur Conan Doyle story, “The Adventure of the Six Napoleons”, which focuses on Inspector Lestrade and the search of a hidden pearl.

Ahead of the highly anticipated new season, we find out from leading man Benedict Cumberbatch what it was like, after getting Strange, to return to 221B Baker Street.

We last saw you in a Victorian suit in “The Abominable Bride”. How does it feel to put Sherlock’s famous coat back on?

It’s lovely putting the famed coat back on again, as opposed to the starched collar and the morning suit. It’s part of who he is – part of his kit and his armour.

But at the same time, we were filming in the middle of summer so it was quite hot every time I put on the coat!

How did you go about creating your version of Sherlock Holmes?

Sherlock isn’t just Sherlock; he was a baby, then a child, then an adolescent, then a young adult and then the 30 year old that you met in Series One Episode One. We know he’s got a brother called Mycroft and parents but what the hell was his childhood really like?

I wanted to know all that information very early on because [I’m] playing the most adapted and greatest fictional detective of all time.  You need to have a back story to work off as an actor because what are you doing other than emulating certain airs and graces and mannerisms? What I try to do is underpin all those decisions with an informed understanding of who my character is.