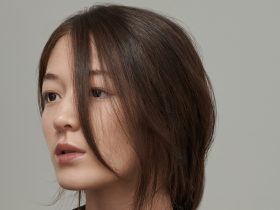 If you are what you eat, then giving your child the best nutrition would correlate to a better growth.

A new study conducted reveals that serving frequent meals and snacks to toddlers – as part of an age-appropriate and well-balanced diet – plus the amount of time spent reading to the toddler, would result in a positive impact on language development.

The study conducted by Abbott gathered data on 1,503 toddlers in Singapore, aged 18 to 20 months and 25 to 27 months, to investigate toddler bilingual vocabulary norms.

In both age groups, the number of meals and snacks consumed per day and the number of hours the child that was being read to were positively linked to expressive vocabulary.

More than 80 per cent of toddlers in the study consumed 500ml of milk, and 95 per cent of the children were drinking formula milk. The toddlers also consumed, on average, 3.5 meals and snacks a day.

Every additional meal or snack consumed was associated with eight more words and 19 more words in expressive vocabulary among both age groups.

In particular, milk is a fundamental part of a child’s diet and kids aged one to two years old should drink three glasses of milk a day.
It also helps children who don’t finish their meals reach a proper level of nutrition.

The study also reveals various aspects of language development in Singaporean children. A majority of toddlers are brought up in a bilingual environment, their first words are usually between 11 to 12 months old, and girls tend to have a larger vocabulary than boys of a similar age.

Dr Low Yen Ling, Senior Lead for Clinical Research and Nutrition at the Abbott Nutrition R&D Asia-Pacific Centre says, “Abbott Nutrition is committed to supporting cognitive development needs of children in Singapore through further research into this field of study.”

Dr Low adds, “Instead of three meals a day, toddlers who are undergoing active brain growth and development may benefit from smaller but more frequent meals and snacks as part of a well-balanced diet.”

Visit abbottchild.com.sg/articles/toddler/infographic_abc for a detailed info-graphic.