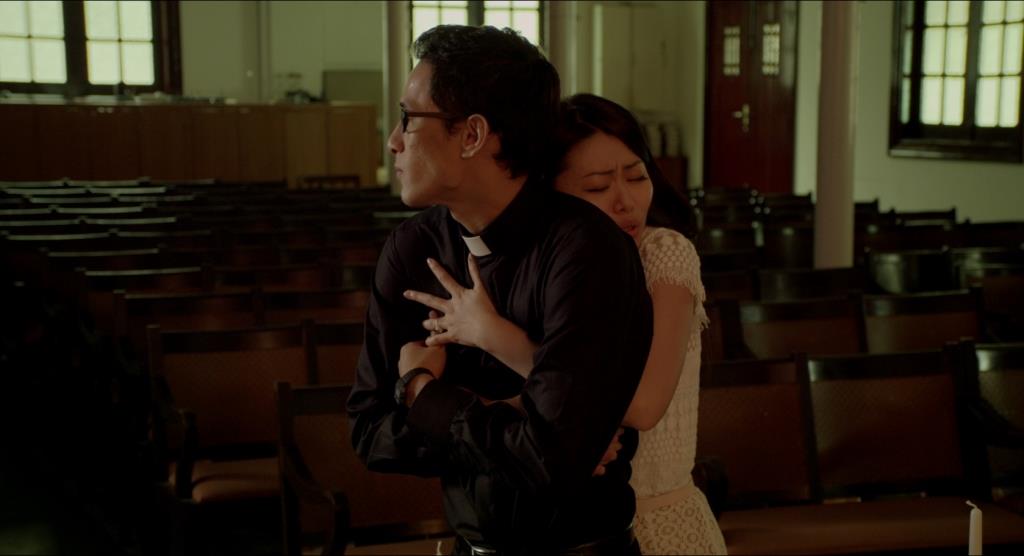 Singapore’s own Matilda actress on preparing for the big role

We’re just about a week away from revisiting our childhood through song and dance in Matilda the Musical! Roald Dahl’s classic children’s book-turned-musical hits the stage in Singapore for the first time from 21 February.

A Royal Shakespeare Company production, the musical has wowed audiences at West End as well as Broadway, earning it rave reviews and multiple awards. It’s based on the beloved story of Matilda Wormwood, a smart and brave little girl who helps her friends and stands up to bullies with the help of a little magic, and takes it to new heights through show-stopping musical numbers. The most popular songs – such as “When I Grow Up,” “Revolting Children” and “Naughty” – feature a huge cast of energetic child actors, reveling in the imaginative and subversive spirit of their youth.

Apart from seeing the classic story take on new life on stage, we’re also excited to see a local girl take the lead as Matilda. Sofia Poston, a nine-year-old Singaporean actress, will share the iconic role of the tiny heroine with two other young actresses from the Matilda International Company.

How did Sofia react when she found out she got the highly sought-after part of Matilda? What can fans of the book look forward to from Sofia and Matilda the Musical? We asked Sofia and the Resident Director Natalie Gilhome these questions and more during our chat – read their thoughts below!

Hi Natalie! You’ve worked as a director on a variety of musical productions. How does Matilda the Musical differ?

Natalie Gilhome: Matilda is one of those rare productions where everything that goes into a musical works in perfect harmony – the writing, the direction and choreography, the music, and set and lighting design all come together to produce a wonderful piece of theatre with a vision that was universally shared by each and every person involved.

How faithful is the musical version of Matilda to the book? What can fans of the book or even the movie adaptation expect?

NG: The musical is very faithful to the original story by Roald Dahl and adds a theatrical element to the story with much creativity and magic. Fans can expect that same quirky and unique expression of Roald Dahl within the musical, plus music that works beautifully alongside the imaginative story.

We’re excited to see a local girl playing the lead in such a major international production. What can us audiences look forward to from Sofia Poston and the 3 international Matilda’s she shares the role with?

NG: Sofia Poston is an extremely bright and exciting young performer – it is thrilling to watch such a young performer be so brave and mature with the material. The role of Matilda is very difficult and Sofia is approaching it with such grace and strength so I am sure that audiences will be absolutely blown away with her and the 3 other girls that play the role.

NG: I love working with children in the theatre – I find that a child’s mind is so open to tapping into a really vivid imagination and letting that into their acting. Sometimes as adults we get in our own way by thinking too analytically about our choices as actors, whereas children are naturally more inclined to let the creativity flow and this can make watching children on stage absolutely electric. The challenge from this is maintaining the consistency within a performance without stifling the creativity each night, which is probably the hardest aspect of my role.

Besides directing, you’ve also been involved with choreography in past productions. What do you think makes the choreography of ‘Matilda’ so well-acclaimed?

NG: The choreography of Matilda is always narrative based so is constantly adding another layer to the storytelling. The level of detail is incredible in each and every movement and no movement is simply a dance move – each piece of choreography is virtuosic. There is one number in the show that uses the alphabet in a choreographic way that is so clever I couldn’t quite believe it the first time I saw it!

Hi Sofia! Congratulations on landing the role of Matilda! What was your reaction when you first found out you got the part?

Sofia Poston: Well, we received the news last summer, 11th July which was my daddy’s birthday. My daddy was unhappy before we received the call from Duane Alexander of Luitingh Alexander Musical Theatre Academy (LAMTA) because his home country England had just lost to Croatia in the Semi-Final of the football World Cup! Later, he said that my Matilda news was the best birthday present ever! My older sister Tara, who is 11, cried because she was so happy. I was so happy that I didn’t quite believe it until I started rehearsing in Cape Town.

What is your favourite part about the musical – the story, the songs, the choreography, or something else?

SP: I love the whole story because it’s about a little girl standing up for herself and also helping out her teacher Miss Honey. Roald Dahl is one of my favourite authors. The songs are also just amazing. I also love the cast; they are all so friendly. Ms Trunchbull is the tallest person I’ve ever met.

What is challenging and exciting about playing an iconic and well–‐loved character like Matilda?

SP: It’s challenging because I have to control my smile on stage and I love to smile! It’s exciting because it tells me that even when I’m little I can do a lot…. and of course sometimes I get to be a little bit naughty!

What do you love about acting and singing on stage?

SP: Before I get on stage, I feel “nervcited” which is feeling nervous AND excited at the same time. “Nervcited” is a word my sister, Tara made up. Once I am on stage singing and acting, I feel accomplished and satisfied when I see and feel the audience enjoying the show. I like that feeling.

Matilda the Musical will be playing at the Marina Bay Sands Theatre from 21 February 2019 to 17 March 2019 – you can get your tickets now here.