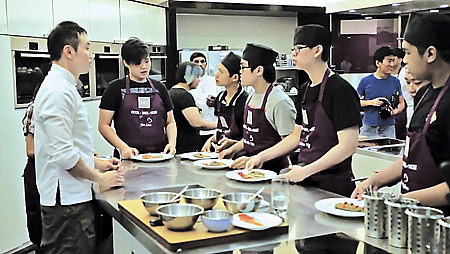 Western dishes with a local twist

Christina Aguilera and CeeLo Green, who took a break from the last season of the hit reality TV vocal talent competition The Voice, are back.

They will re-join Adam Levine and Blake Shelton, who worked with Shakira and Usher in Season 4.

Having just returned from performing the “CeeLo Green is Loberace” live show at Planet Hollywood in Las Vegas, CeeLo Green said, “I missed everyone. I’m happy to be here.”

Christina Aguilera, who has a five-year-old son, said of her hiatus, “When I leave here, I put on sweats and a T-shirt; I check out. I needed some time to do that. I am revived and renewed. I did a lot of travelling.”

The original four coaches will return to their red swivel-chairs where, as usual, they will start picking their teams by hearing contestants sing in the signature blind auditions.

If more than one coach push their buttons, the contestant gets to choose which coach he or she prefers to work with.

The battle begins when the teams are formed. Coaches will develop their teams of artistes, offer advice and share the secrets of their success, with help from their celebrity advisers.

After the battle rounds, the strongest members of each coach’s roster proceeds to the knockout rounds. The artistes will be paired again with a member of their own teams but, this time, they will find out who they are competing against only minutes before performing.

Finally, the top artistes from each team will compete against one other in the live performance phase of the competition.

America’s audiences will decide each artiste’s fate, as the two artistes with the fewest votes are sent home each week. The winner will receive the grand prize of a recording contract for The Voice.