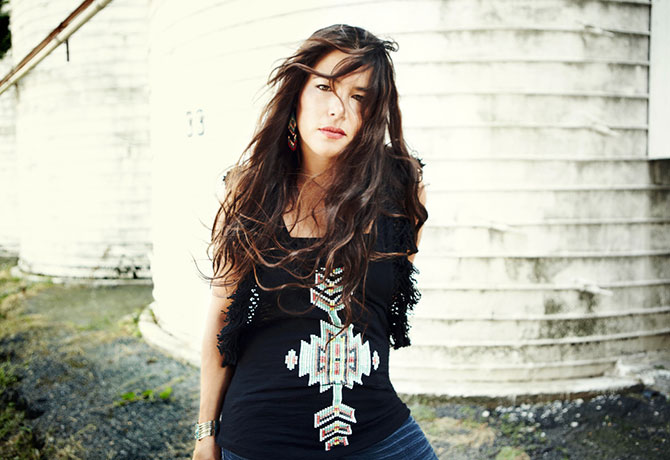 Rachael Yamagata: Being single is not a bad thing

Grim and intense, this neo-noir crime thriller is a powerful character study in regret and revenge.

The story of a police officer tortured by their past and bent on vengeance is not new – we’ve seen it in movies like Clint Eastwood’s Dirty Harry or Enrique Urbizu’s No Rest For The Wicked. The big difference here is that the disillusioned rogue cop is played by a nearly unrecognisable Nicole Kidman – the not-often-seen anti-heroine; haggard, weary and haunted by her guilt.

Helmed by renowned director Karyn Kusama (Girlfight, Jennifer’s Body, The Invitation), Destroyer takes tired old film tropes, and presents them through a new lens. We see Kidman’s LAPD detective Erin Bell being ostracised by her fellow colleagues, and how she struggles to connect with her estranged teenage daughter (Jade Pettyjohn) and disgruntled husband (Scoot Mcnairy). Even as she investigates the murder case that frames the entire movie – the leader from a gang she had infiltrated under deep cover years ago resurfacing once more – Bell is presented as driven yet self-destructive, unappealing in her exhaustion and ruthlessness.

And in this aspect, the filming techniques are brilliant: while set in California, this is not the summery state that we are used to seeing in the glitz of music videos and Hollywood. The settings instead largely focus on the dusty, desert outskirts, or gritty town areas of California, with the harshness of the environment and menacing sun showing how washed-out and haunted Bell is. The camera’s shots of her vacant eyes, and Kidman’s almost robotic gait as she staggers around after an alcohol binge or to her next suspect’s home makes us think that she is almost a corpse, fueled only by her longing for revenge.

Kusama also chooses to tell the movie’s story in a non-linear form; going from the present to flashbacks from the past, and exploring Bell’s deep cover mission with FBI agent Chris (Sebastian Stan). While the numerous flashbacks may be confusing at times, we feel that it also serves to highlight how memories and past regrets build upon our present identities. In Bell’s case, her inability to forgive herself, and her resulting quest for revenge takes a toll on her health, her career and her relationship with her family. Like a character tells her in the movie, “[You] know what successful people do? They move on.”

Destroyer, like its protagonist, is haunting, in that it is not merely a crime thriller. Instead it is a character study of very human, very relatable traits to us, the audience: guilt, forgiveness, and regret. Nicole Kidman’s riveting performance only serves to cement this as a memorable film, and at the end of it, we are left to question ourselves: who is the real destroyer, after all?

Destroyer is now showing in cinemas.