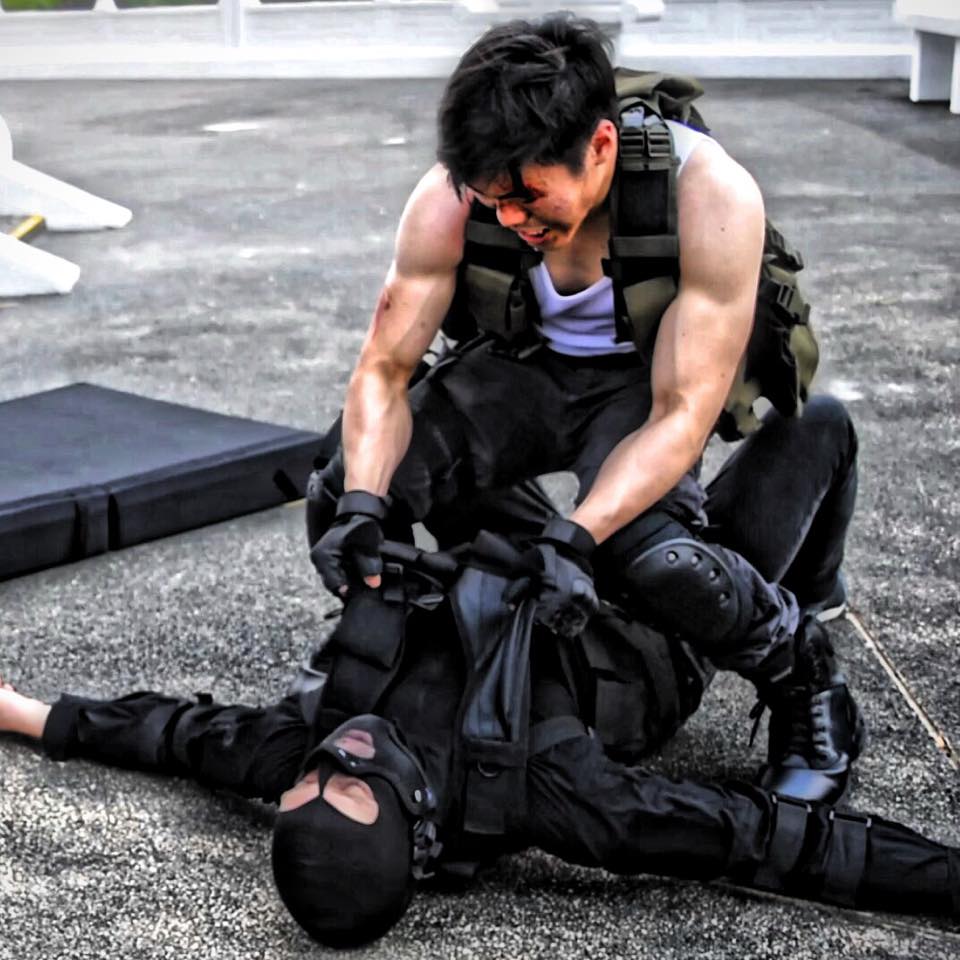 Two of the winners share strategies and advice for future hunters

It took 34 days of a nation-wide search, but on 15 January 2019, the Sqkii ‘Hunt The Mouse‘ gold coin was finally found.

At around 1pm that Tuesday, Shafiq Apandi and Wesley Lim discovered the highly coveted gold coin worth $100,000 in Hougang. The grand prize of the cash hunt this year, it was hidden under a tree in a private housing estate in Jalan Naung, just “right across the street” from where Wesley lives.

After the prize money is awarded on 24 February, Shafiq and Wesley will be splitting it among not just the two of them, but also with seven other members of their team. The nine of them met online via Telegram in the early stages of the hunt, and had agreed from the start to share the prize money with the entire team if any member found a coin. These hunters are definitely winning, in cash as well as in teamwork built on trust!

Sqkii has been giving away cash through annual mass treasure hunts since 2014, starting in various local tertiary institutions and expanding across Singapore with the first ‘Hunt The Mouse’ campaign in 2017. The latest hunt that began on 13 December 2018 grabbed everyone’s attentions with a $100,000 grand prize, doubled from the previous hunt, along with multiple $1,000 silver coin prizes. The attractive prizes drew a huge number of participants, searching every crack on the ground with big city maps and even metal detectors for a coin printed with the black Sqkii mouse.

How did Shafiq and Wesley beat all of us hopeful hunters to find the gold coin? That was the biggest question on our minds when we chatted with them. In the following interview, the pair talks strategies, their feedback on the hints system, advice for future hunters, and more.

Congratulations on finding the gold coin! I understand none of you knew each other before the hunt – how did you meet? What made you decide to team up and make a deal to split the cash?

Shafiq: We met online before we met in real life. There are two large Telegram groups, one for gold coins, one for silver coins. Each has several thousand members. For the silver coin at Tampines, someone by the name of Ryan created a Telegram group chat with about 700+ people. From there, after the first Tampines coin was found, he decided to make a smaller group of 10+ people to hunt as a team from that point onwards. We started our journey as a team on 16 December but only truly focused more on gold around the end of week 2. Shafiq, Wesley and Karl first met in-person at Sentosa for the first Sentosa silver coin. The others eventually met each other as we went to hunt other silver coins. Along the way, we gained and lost members. Ryan himself left the group after the first Sentosa silver coin.

Wesley: On Christmas Eve, three of our members, Shafiq, Karl and Hui, went to Toa Payoh, thinking it was a possible hiding spot for the gold coin. They were quite convinced that it could be the hiding spot (but it wasn’t), so they initiated a discussion in our group regarding how to split the cash if one of us found the coin. As a group, we decided on a fair split instead of an even split. An amount would be proposed and group members would input their thoughts and once all are agreeable, that would be the final split. As such, this amount would vary as the game continues. The reason behind this method is that we all agreed that it would be unfair if someone who is a student on holidays and spending 10+ hours a day on the hunt got the same amount as someone working and spending only 2-3 hours a day on it. We also agreed that the person who actually found the coin would not automatically be entitled to a larger share, as we worked together as a group to find the hiding spot.

Can you share with us your main strategy that helped you in the hunt?

W: Follow the hints to find the coin. We looked at last year’s hunt and realised that the golden coin had to be hidden in a relatively specific spot, so we decided to use the clues provided to try and pinpoint that exact spot, or at least narrow it down to a small area.

S: We did not use the same strategy as when finding the silver coins, where everyone starts combing the entire place blindly. We knew that gold coin’s location would refer to one very specific location, so we spent a lot of time on research and recce instead before deciding on an area to search around in. Since we’re quite a big team, we know that not everyone would be available on the ground. So usually, those who couldn’t come down to search would assist remotely from home. At first, we did not even think of Hougang. Even Wesley did not expect that it would be found right across the street from where he lives.

What were some of the most memorable things that happened as you were searching for the coin?

S: It was the night before Christmas when we thought it was at Toa Payoh. I was just on my way home, on the bus, researching with my phone. I alighted in the middle of nowhere, called Karl and Hui, we head down Toa Payoh. When we were there, everything seemed to fit. We had one goal, to bring Sqkii back for Christmas. We spent the entire night around at Sensory Park searching. We failed to bring her back home, only to find out weeks later that it was at Hougang all along.

W: Well, for starters, we totally had the wrong location until about two days before the coin was found! Along the way, we explored several residential neighbourhoods such as Toa Payoh and Queenstown, which we never would have done otherwise.

Do you have any suggestions for Sqkii on how to improve their clues and organisation for future hunts?

S: Would love to have the hunt require participants to go to different “checkpoints”, with each checkpoints containing hints that will then slowly lead participants to the final location. Along the way this would help us to learn and get used to the mechanics of how Sqkii works – like a tutorial.

W: The paid hints system is too unreliable. Granted, it is meant to be random, but I have heard many complaints from people who keep getting repeated hints.

What advice do you have for those who plan to take a shot at finding the coin like you did in the next hunt?

S: Do not dive straight in when you are searching for a coin. Take some time to walk around to recce and make sure the hints fit. It is easier if you narrow down an area and search, compared to searching everywhere blindly. Also, follow the rules, it helps.

W: Take time to properly think through the hints; do not simply rush to a conclusion. Also, try to find friends to hunt together! It is more enjoyable that way, and also, you then have people to brainstorm together. It is easy for a solo hunter to become too narrow-minded and closed to alternatives when it comes to understanding the hints.

What’s the first thing you plan to do after you receive your share of the cash?

S: We actually put some money aside to book a chalet or BBQ to invite some of the people from the Telegram group to show our appreciation. We wouldn’t have found the coin without the help of every single person in the community. Many in the group volunteered to take on responsibilites to maintain the community and ensure that everybody would have a good time in their journey. We want to show them that their contributions are greatly appreciated. But for me personally, I will set aside some to pay for my bills and also to fund my school projects.

W: I have no plans for the money as of now.