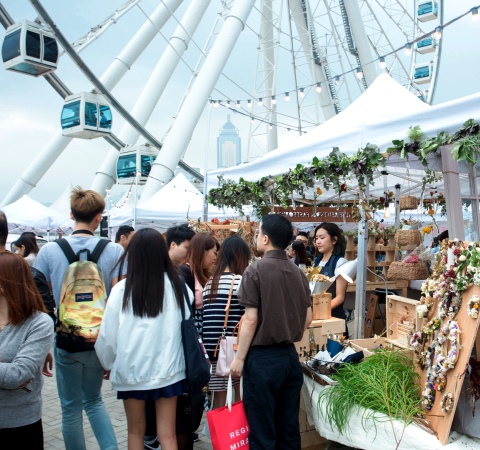 11 Beautiful Christmas Markets You Can Actually Find In Asia

Welcome to the Magic Kingdom! But which one?

The wonderful world of Disney has become much more than simply the original Disneyland in Anaheim, California, which was established back in 1955 and Disney World in Orlando, which followed shortly afterwards in 1971. Disney has gone global.

When the Disney Company saw the amount of Japanese tourists flocking to the two Disney parks in the US, it decided to branch out overseas. Not surprisingly, Tokyo Disney was the first park built in 1983.

Attracting more than 25 million guests every year, the park is so successful that Disney opened Tokyo DisneySea, with three hotels and a shopping area that is similar to Downtown Disney in the two US parks.

Like the two US parks, Tokyo Disneyland boasts Tomorrowland, Adventureland, Critter Country, Fantasyland and Toontown; however, it also has the World Bazaar, which is encompassed by a glass roof, and Westernland, which sports a unique Wild West feel.

DisneySea has seven ports visitors can stop at, including Mermaid Lagoon and American Waterfront. Established in 2001, its rides are known to be faster and they are seemingly aimed more at adults than Tokyo Disneyland’s more family-oriented rides.

First established in 1992 under the name Euro Disney, the park became Disneyland Paris in 1995, and by 2008, it became the largest tourist attraction in the whole of Europe. It has two separate parks: Adventureland, Fantasyland, Discoveryland, Frontierland, and Main Street USA, which can be found in the main park.

Walt Disney Studios Park is based on a movie theme and the visitor can attend shows with stunts and special effects or enjoy rides that highlight the animated personalities from their beloved Disney movies.

The second overseas park opened in Hong Kong in 2005. Presently, it has just one theme park with Main Street, Fantasyland, Adventureland and Tomorrowland; it also offers Pirateland and Toy Story Land, and three more lands should open up by the end of this year.

The park also contains two hotels and a lake where people can use a paddle boat or go jogging. The park has two distinctive hotels – Hong Kong Disneyland Hotel, which evokes visions of the Victorian era, and Disney’s Hollywood Hotel, which brings guests back to 1930s Hollywood with its Art Deco design.

China is the most recent country to hold a Disney park. The park is schedule to open in 2016, in the Pudong district of Shanghai. Like many of the other Disney parks, Shanghai Disney Resort will offer a hotel, restaurant and retail store.

Unlike the other Disney Worlds, however, Shanghai Disney will not have an equivalent to Main Street USA; instead, it will have an 11-acre green space that will be the centre to Storybook Castle, which is the park’s main attraction.

Shanghai Disney Resort will also have a distinctive Asian flair. In the opening ceremony, Mickey Mouse and Donald Duck wore red Tang suits, and the park will try to attract more Chinese visitors by incorporating unique features of Chinese culture in different aspects of the park.

It is clear that none of these parks are exactly the same, as each park has its own unique features and flavours. However, there is no doubt that all of them hold the same Disney magic for all the children – young and old – who visit them.