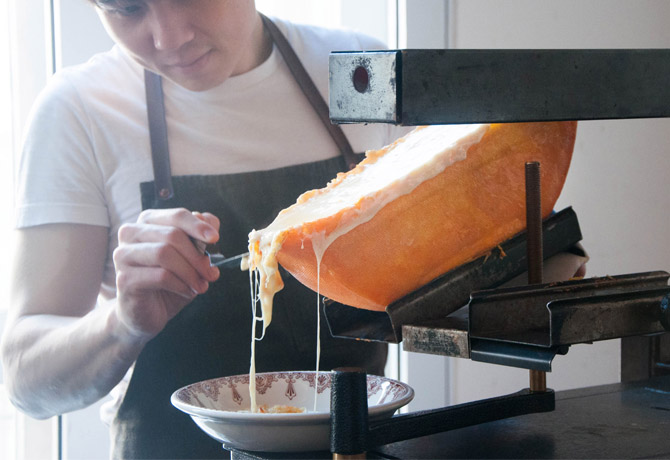 This Oozy Cheese Buffet Is The Cure To Your Monday Blues

Kazakhstan in Central Asia is a goliath where traditional buildings, futuristic architecture and arresting natural landscapes blend together in harmony.

Nestled between two fellow giants Russia and China, Kazakhstan was launched to ‘stardom’ with the 2006 comedy-mockumentary Borat. In the movie, the country is portrayed as largely undeveloped, pastoral and populated by mountain villages.

This depiction of its natural landscape is somewhat true; Kazakhstan’s seemingly endless terrain is dominated by flatlands, steppe, rock canyons, snow-capped mountains and deserts, making for some extremely breathtaking formations that draw numerous outdoorsmen and backpackers from around the world.

But Kazakhstan’s population isn’t all rural. This is the world’s ninth-largest country and the most economically advanced of its Central Asian neighbours, thanks to its abundant oil and mineral reserves.

Its biggest city, Almaty, is a glittering and ritzy centrepiece of modern cafes, shopping centres and buzzing nightlife. The capital city of Astana is a futuristic vision realised in the present, with bolder and more advanced architecture rapidly rising into the skyline every other year.

Still, your most epic adventures are best discovered beyond the urban. Track down the elusive snow leopard and other rare animals in the Aksu Zhabagly Nature Reserve, hike to the tallest peak of Tien Shan Mountains (about 7,000m) just outside Almaty and visit a sauna to escape the cold weather – a very popular activity in Kazakhstan.

Travel tip: If you hold a valid Singapore passport, you can enter, exit and transit through Kazakhstan without a visa, for up to 15 calendar days at a time, from now to 31 Dec, 2017. (Source: Embassy of the Republic of Kazakhstan in Singapore)

This is the first article in a three-part series about trending exotic destinations in the world. Check back next week for a new trending destination!