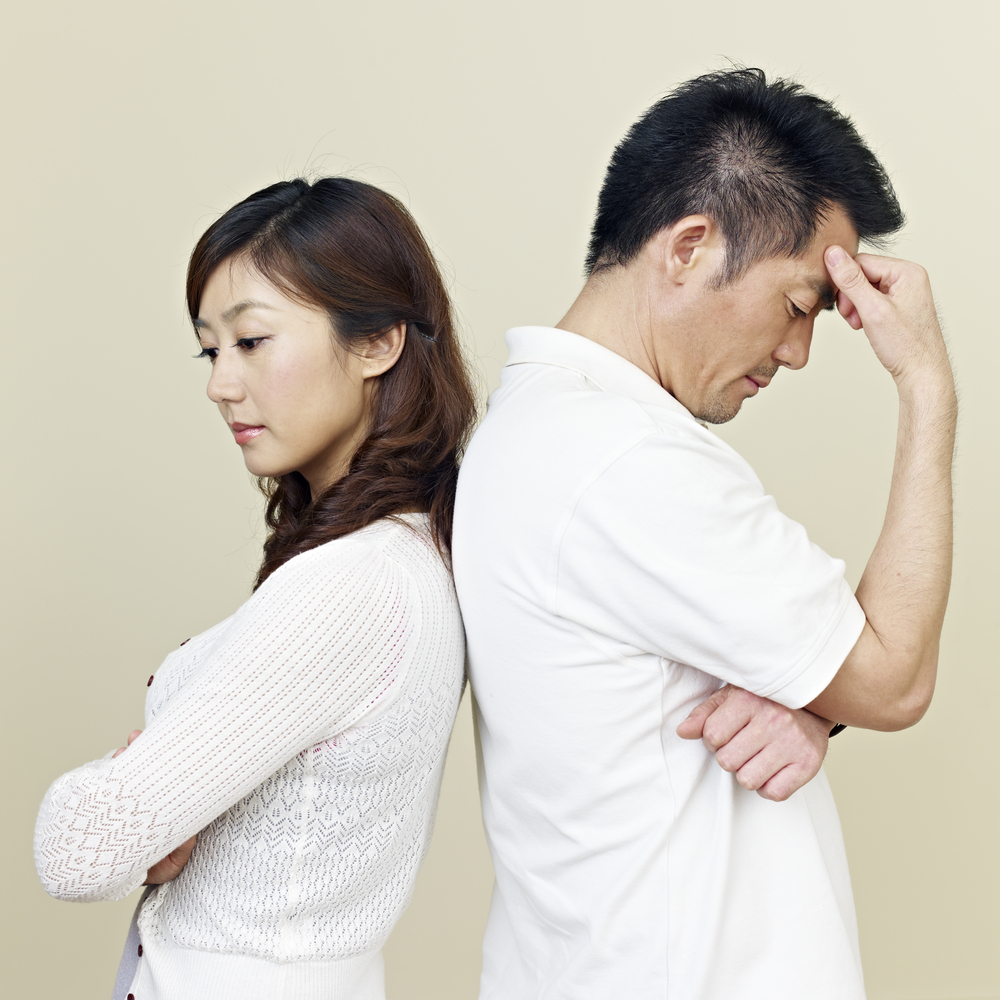 Marriage: 5 wrong reasons to get married

What comes to mind when you think of Hong Kong’s housing? Dark, cramped, dingy and tiny spaces tucked away in decrepit buildings, or less dreary but equally tiny and exorbitantly-priced shoebox apartments in chopstick-like skyscrapers?

Either way, the gut feeling or general impression of most people, including yours truly, is that housing conditions in Hong Kong leave much to be desired. By comparison, housing conditions in Singapore are superior by a long shot. If we talk specifically about public housing, it is even more untenable to suggest that Hong Kong’s public housing is better than Singapore’s in any way.

So unsurprisingly, Hong Kong’s Mingpao draws similar conclusions after comparing housing in the two cities: public housing (HDB flats/政府組屋) in Singapore is not just more spacious but also more affordable.  The annual supply of HDB flats matches the number of newly registered married couples; those with children can upgrade to bigger flats while the aged may monetize existing flats by selling them back to the government and downgrading to smaller ones.

I can already imagine Hongkongers green with envy. But let’s take a deeper look into the two public housing systems before we draw further conclusions.

Although Hong Kong’s population density is lower than Singapore’s, it is in fact way higher if you consider that only 23.7% of its land is developed given the mountainous terrain and other factors. Of this, only 76 sq km of land, or 6.8% of the total land area, is developed for residential purposes. An expert estimates that population densities measured at block level in some areas may even exceed 400,000 persons per sq km.

Broadly speaking, public housing in the two cities may be divided into rental flats and owner occupied flats, which are sub-divided into several categories or schemes.

Right from their inception, public flats in Hong Kong were smaller than those in Singapore. A 1974 article comparing public housing in the two cities notes that the then-minimum space per capita in Hong Kong was 35 sq ft (3.25 sq m) whereas Singapore’s standards ranged from 57 to 104 sq ft (5.3-9.66 sq m). There is still a conspicuous disparity in the living space per capita in the two cities today (see Table above).

So if we talk about the quality of public housing, in terms of size, comfort, density, Singapore’s HDB flats are, in general, a cut above Hong Kong’s. What about prices and affordability?

Hong Kong’s Public Rental Housing (PRH 公屋): As of March 2012, about 2.1 million people (30% of population) lived in PRH flats. PRH rent, inclusive of management and maintenance costs, is reviewed every two years and adjusted according to PRH household income. As of March 2012, PRH monthly rent ranged from HKD260 to HKD3,520. About 189,500 applicants are on waiting list and the waiting time is 2.6 years (source).

Singapore’s HDB rental flats (租賃組屋): In 2011, about 2% of population resided in rental flats. Depending on household income and flat type (1 or 2 room), rent varies from SGD26 to SGD275. HDB only provides subsidized rental for 1-2 room flats. Households that wish to rent 3-room flats have to go to the open market, where rental for a 3-room flat ranges from SGD1,630 to SGD2,300 (source).

There are currently 49,300 units of 1- and 2-room public rental flat for which the waiting time is 6 months or longer. Strangely, although rental flats are in short supply and are meant for the needy, there are some blocks jointly managed by private operators and the HDB, which rent these HDB flats to non-Singaporeans at commercial rates of over SGD1,500 per month (source).

The eligibility conditions for HDB rental flats are stringent. Some needy, like this elderly, are deemed not so by HDB’s standards. Social workers also reported that there are many old folks like this old woman who opted to forego her SGD5O pay raise because it “would have pushed her into a higher salary bracket, causing the rent of the flat to go up from $26 to $111.” The unabated demand for rental flats since the 2009 financial downturn according to our Members of Parliament (here and here) is also a disturbing indication of how times have changed and policy hasn’t.

Mingpao reports that the prices of HDB resale flats (轉售組屋) have risen about 20% from an index of 161.3 in the 2nd quarter of 2010 to 194 in the 2nd quarter of 2012 which, the journalist opines, “is not too high considering the overall asset pricing.” The report then cites CCL (Centa-City Leading index) that shows a 40% rise in Hong Kong property prices over roughly the same period. CCL index, however, is an indicator of private property prices. Thus Mingpao is unfairly comparing private housing resale prices in Hong Kong with HDB resale prices in Singapore. For a more competent price comparison, refer to this analysis.

Hong Kong’s Home Ownership Scheme subsidized flats (HOS 居屋): Under the new HOS resumed in 2011, prices of subsidized flats are unpegged from market prices. Targeted at families with a monthly household income under HKD30,000, and mainly first-time home buyers, the prices of new HOS flats will be set in accordance with the mortgage repayment ability of eligible households. For example, the price of a new HOS flat with a saleable area of 400 to 500 sq ft will fall in the range of HKD1.5 million to HKD2 million (source). In terms of affordability, it will take a household with an annual income of HKD300,000 five years to pay off its loan using all of its annual income.

According to former GIC chief economist Yeoh Lam Keong, housing prices that are five to six times that of low to median annual incomes are considered “very unaffordable” by conventional measures. That means public housing prices in both Hong Kong and Singapore are not affordable, although prices in the former are unpegged from market prices and those in the latter are not.

Incidentally, the prices of resale public flats in the two cities also hit a record high in recent months. In Hong Kong, a HOS flat in Kornhill Gardens sold for a record of more than HKD8,000 per sq ft; in Singapore, a Queenstown flat fetched a resale price of SGD1 million (SGD619 per sq ft). Both governments seem to have failed to rein in runaway resale prices.

The philosophy that underpins the housing policy of each city also diverges on an important front: if the price of land is factored into the price of public housing.

5. Who Pays for Land

In Hong Kong, the government owns all land and grants land to the Housing Authority without any premium.  This could be considered a government subsidy and a loss of potential public revenue although no real public expenditure is incurred on the part of the government (source). Subject to conditions such as income, current residential status and whether the flat is resold within two years of purchase, the purchaser of HOS flats may or may not have to pay a land premium to the Housing Authority. This means that land price is borne by the state and is only recuperated when the purchaser monetizes his flat on the HOS secondary market.

In Singapore, HDB buys land from the state at a discounted price but that cost is factored into the price of HDB flats. This blogger estimates that land may constitute about SGD400 per sq ft of a home’s cost today. Unlike Hong Kong’s case, the buyer bears the cost of land in Singapore, such that “Every year, over and above the cost of building HDB flats and running the HDB, a few billion dollars in ‘ land costs’ are paid by HDB buyers to the Government” (p.8). Yet when asked if the government would consider lowering its land takings to reduce home prices, then-Minister Mah Bow Tan defensively said that “lowering state land prices is like raiding reserves.”

What is Public Housing?

After recounting the housing woes in the two cities, we should go back to the fundamentals and ask: what are the objectives of public housing?

In Singapore, what we see is a government that has lost sight of the meaning of public housing and has, over the years, allowed market and profit considerations to take precedence over the social needs of its people.

Growing concerns over the affordability of HDB flats in Singapore, especially for the poor and needy, have led local blogger Alex Au to proclaim, rightly so, that “we do not have real public housing here.” Despite the huge influx of foreigners and a higher demand for housing, the HDB had cut its supply of flats by a staggering 83%, from 157,919 new flats in 1996-2000 to 26,319 in 2006-2010 (p.8). The prices of HDB flats have thus been sustained at artificially high levels. Why else, if not for profits?

From the large numbers in the waiting list and the long waiting time, it is all too evident that the supply of public housing in Hong Kong is grossly inadequate. While the move to unpeg public housing prices from market prices is laudable, the building of more public flats is hamstrung by political factors.

First, the government is overly-reliant on land receipts as a revenue source through its “high land price policy” that has given rise to land-hoarding property hegemons. To make matters worse, these property conglomerates have entrenched themselves within the Legislature via the non-popularly elected functional constituencies, vociferously objecting to any changes to the status quo that may harm their interests. Li Ka-shing’s response to the government’s plan to build more HOS flats – “In building HOS flats, the government should exercise caution and ‘do its sums’ to avoid clashing with the property developers” – exemplifies the conflict between vested interests and the greater good of the society.

But perhaps all of us, who have long treated property as not just a roof over our heads but a sure fire money-making investment, are complicit in this whole scheme of spiraling housing prices fed by avarice.

When the 1997 financial crisis precipitated the collapse of the property market in Hong Kong,  strong opposition from both property developers and property owners derailed Tung Chee-hwa’s plan to build 85,000 flats yearly (of which 50,000 would be public flats). In Singapore, a well-intentioned proposal like SDP’s Non-Open Market (NOM) scheme to make HDB flats genuinely affordable, if it is ever (highly unlikely) adopted by the government, is bound to encounter resistance from existing owners.

So yes, it’s time we had real public housing, but do we really want it or are we merely paying lip-service?

Meanwhile, the search for a dream house continues. Even as Singaporeans bemoan the higher prices, shrinking sizes and shorter supply of HDB flats, Hongkongers who relocate to Singapore shall still find our HDB flats a dream come true.

By singaporearmchaircritic, a blog about politics and policies in Singapore and beyond. This article first appeared here.