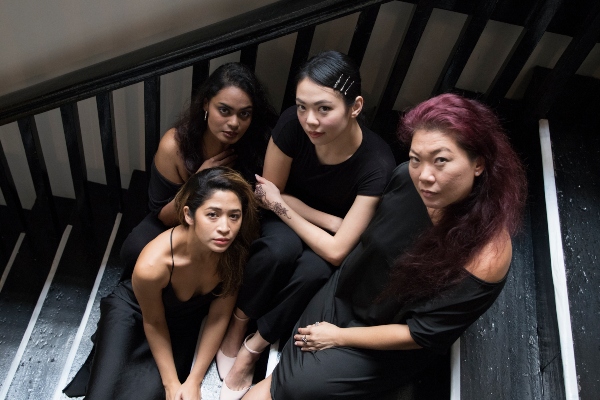 Theatre Review: ‘Three Fat Virgins Unassembled’ Is A Funny, Raw Look At Being A Woman In Singapore

An amazing 2014 World Cup comes to an end with German glory and, unfortunately, Brazilian humiliation – we look at the best of the action

The Brazil 2014 FIFA World Cup has turned out to be full of shocking of defeats, heart-pounding action and heart-warming triumphs.

The semi-finals were packed with action and upsets; the most unfortunate of which was the fate of host Brazil. It appears some punters had been right, that there were only two or three stellar players on whom the hopes of the nation were carried.

This is the final leg of the road to glory.

The entire host country and fans of world football were shocked as Brazil suffered complete and utter humiliation.

In a tournament on home ground, the A Seleção bowed out in the semi-final with a gobsmacking 7-1 defeat to the German juggernaut. This was a wake-up call and slap in the face to the nation that has often been regarded as the best in football.

Two strong sides went head to head for a shot at the final.

As the commentators expressed, the two were evenly-matched for the entire 120 minutes of open play, and neither made headway.

Unfortunately, the ensuing penalty shoot-out, also known as “the lottery”, decided who would advance. Argentina’s Sergio Romero was the hero, sending his country through with two fantastic saves including the critical first penalty kick from Dutch defender Ron Vlaar.

Javier Mascherano was the unsung hero (above much-touted Lionel Messi) who admirably shut out Dutch danger man Arjen Robben for most of the match.

Already labelled by many, including Netherlands manager Louis Van Gaal as “pointless”, the match piled on more shame for the host nation has it lost 3-0 to the Oranje. It was sad to see the Brazilian players being booed off the pitch by their countrymen.

The final: Germany vs Argentina [1-0]

The Albiceste from South America put up a passionate fight but Messi and his comrades could not find a break against the Germans.

In the 112th minute, deep into extra time, Mario Goetze volleyed a cross and slotted the ball past the Argentinian keeper. While hearts were broken, it is undeniable that Germany had performed consistently well, and had been a well-oiled machine with various parts of the team working in unison.

The biggest footballing stage in the world has now come to its curtain call and the new champions of the world have taken their final bow. But, happily, we have a host of memories and moments to take with us till the next tournament.

Until Euro 2016 or the 2018 FIFA World Cup in Russia, remember Weekender picked the correct finalists for Brazil 2014!