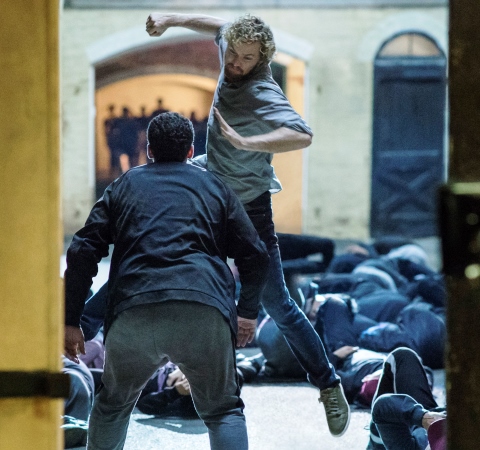 A New Marvel Series Is Coming To Netflix

The Train to Busan actor reveals why he rejected numerous dramas, including “DOTS”

Before shooting to success with Train to Busan, Gong Yoo could have enjoyed Song Joong Ki’s fame with “Descendants of the Sun” (“DOTS”). That’s right – Gong Yoo was a top choice of “DOTS” scriptwriter Kim Eun Sook to play the popular role of Captain Yoo Shi Jin.

This gleaming nugget was revealed in a press conference for Kim’s latest production, “Goblin”, which Gong Yoo finally decided to join after five years of rejecting roles in Kim’s dramas. In this new modern romantic thriller, Gong Yoo plays Dokkaebi, a goblin, who must learn to work together with the Reaper (Lee Dong Wook) to find a human bride.

Weekender finds out more about what made Gong Yoo change his mind.

Why did you decline Kim’s offers for so many years?

Writer Kim has been really kind, offering me roles over and over again. The reason I rejected previous offers was not because I feel like I was special, but because I was afraid about shooting a drama.

Why were you afraid?

Unless it is a pre-made drama, the physical conditions are quite different. I am not putting the blame on the environment, but as an actor, I want to show my performance when I am in my best condition.

But when we produce a TV series, we usually do not have enough time, so we always work under the pressure of time limitation. So, I did not want to miss out on things that I could share with the audience because of some of these physical limitations.