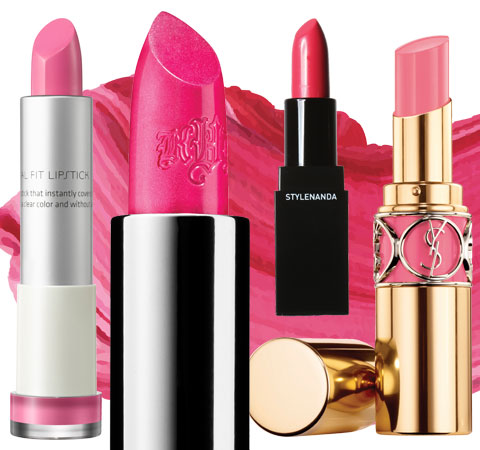 20 Lipsticks That Will Show Your Pink Prowess

Medieval movies and TV shows conjure images of romance, chivalry, and mystique — we recall some of the best shows featuring knighthood, intrigue and sorcery in the Middle Ages

On Feb 19, Umberto Eco, the man who brought us the classic historical mystery novel “The Name of the Rose” passed away.

Eco was an acclaimed medievalist, philosopher, semiotician, and novelist. “The Name of the Rose”, his most famous work, combined medieval studies, biblical analysis and literary theory in one thrilling Middle Age murder-mystery.

Not only was the book lauded as a great work, it was made into a 1986 film starring Sean Connery (former James Bond), as the chief investigator, William of Baskerville.

Whether or not you’re a fan of The Name of the Rose or the historical genre, medieval films have entertained and excited audiences for generations. Here are some of the most thrilling or intriguing medieval films and TV shows we remember.

Widely considered one of the best films ever made, this jidaigeki or Japanese period drama marked the entrance of Japanese film onto the world stage.
A priest, a woodcutter and a common man take refuge from a storm in a gatehouse called Rashômon and recount the story of a murdered samurai.
The three others who testified were the only direct witnesses to the crime: a bandit named Tajômaru, the veiled wife of the samurai and the dead samurai who testifies through a medium. The three stories contradict one another in order, which adds to the intrigue and the mystery.
Rashômon is regarded as a classic by renowned director Akira Kurosawa.

In another classic film by Kurosawa, a poor village is besieged by bandits and the villagers attempt to hire s the titular c to defend them.

This medieval story revolves around the titular conqueror who fought for both the Spanish Crown and the Moors.

Monty Python and the Holy Grail is a quintessential British period comedy, based on King Arthur and the Knights of the Round Table.
The Monty Python gang, including John Cleese, Terry Gilliam, and Eric Idle star, in possibly the best and best-remembered medieval comedy.

5. Sword of the Valiant: The Legend of Sir Gawain and the Green Knight (1984)

Bad hair day and unwieldy title aside, Sword of the Valiant: The Legend of Sir Gawain and the Green Knight stars Sean Connery as the magical Green Knight who tricks Sir Gawain, Knight of the Round Table.
He gives the knight a year to solve a riddle or die. While not a brilliant film, it is full of action and magic and makes an entertaining romp.

An edgy and slightly dark retelling of the medieval tale of Robin Hood over three seasons on television, “Robin of Sherwood” stood out for its gritty approach and detail in the look and story of the timeless tale of the most famous medieval outlaw.
The show’s soundtrack by Celtic group Clannad also won a BAFTA award.

The last of Kurosawa’s grand samurai epics, Ran is a tragedy inspired by Shakespeare’s King Lear and is about three sons who fight over their ailing father’s kingdom.
It was the most expensive Japanese film ever produced up to that time.

The acclaimed movie based on Umberto Eco’s literary classic, The Name of the Rose stars Sean Connery as a Franciscan monk and the chief investigator of the mysterious deaths of monks in a Benedictine monastery.

It also has an amazing soundtrack by the rock band Queen.

The third installment of the Indiana Jones franchise, Indiana Jones (Harrison Ford) searches for his father (Sean Connery) who’s been kidnapped by the Nazis.

Together, they hunt for the legendary Holy Grail before the Nazis get their hands on it.

Robin Hood: Prince of Thieves is a British-American romantic adventure film starring Kevin Costner, Morgan Freeman, and the late Alan Rickman.
Apart from being an action-packed adventure flick, it had a memorable theme song, “(Everything I Do) I Do it for You)”, by rocker Bryan Adams and an unforgettable portrayal of the diabolical Sheriff of Nottingham by Rickman.

Directed by Ridley Scott, 1492: Conquest of Paradise tells a fictionalised version of Christopher Columbus’ discovery of The Americas and his struggles.
The film was nominated for Best Original Score in the Golden Globes and Best Cinematography by the British Society of Cinematographers.

Les Visiteurs is a popular French comedy film starring Jean Reno & Christian Clavier, about a knight and his squire being transported to modern times. The sequel, Just Visiting (2001), was just as funny.
The latest installment, The Visitors: The Revolution, is set to be released this April.

One of the best medieval movies ever made, Braveheart is set during the Hundred Years’ War, during the fight for Scottish independence from England.
Mel Gibson directed and starred in Braveheart. It clinched several Golden Globes and Academy Awards.

“Merlin”, the television miniseries, retells the legend of King Arthur from the point of view of Merlin the wizard. It stars Sam Neil, Helena Bonham Carter & Martin Short.

Try to find this gem and look forward to good storytelling and attractive visuals and costumes.

An award-winning film on the controversial rise to power and rule of Queen Elizabeth I, Elizabeth stars Cate Blanchett in the title role.
This intense and grand spectacle is set in the early Renaissance age.

Directed by renowned action-thriller director Luc Besson, The Messenger: The Story of Joan of Arc stars Milla Jovovich (Resident Evil) and John Malkovich.
The film uses a modern style of storytelling but has some good portrayals of the Middle Ages and the struggles of a young and simple St Joan of Arc, thrown into the thick of the action.

This “Joan of Arc” TV mini-series starring Leelee Sobieski tells the classic and tragic tale of St Joan. It was nominated for and won numerous awards.

Starring Antonio Banderas, The 13th Warrior is about a man sent away by the sultan on a mission to a distant land. At a Viking village, he finds himself embroiled in a battle against a mysterious force.
The 13th Warrior was one of the biggest box office bombs in history but is enjoyable as an action flick with an element of mystery.

A comedy starring Martin Lawrence (Bad Boys), Black Knight is a story about a theme park employee of Medieval World who wakes up in the real Middle Ages after hitting his head. Expect a lot of slapstick humour and some laugh-out-loud moments.
With Bad Boys 3 due to be released next year, this is one medieval flick you may want to revisit.

While not among the best medieval films nor among the most accurate, Kingdom of Heaven is a fairly good depiction of what the Crusades were like and the issues that were faced in that climate.
Stars Orlando Bloom as Balian de Ibelin and Edward Norton as the ill King Baldwin of Jerusalem.

Mongol is a Russian semi-historical film about the early life of Temüjin, who later came to be known as Genghis Khan.

The character portrayals were gritty and authentic, making this a good quality joint-production between Russia, Germany and Kazakhstan.

An epic tale of heroism and military strategy from the Romance of the Three Kingdoms, Chi Bi or Red Cliff is a production by action-director John Woo.

Age of Uprising: The Legend of Michael Kolhaas is a French film starring Mads Mikkelsen of “Hannibal” and Casino Royale.
The film was nominated for the Palm D’Or at Cannes and won two Cesar Awards in France.

One of the best and most accurate depictions in a medieval drama series, “Vikings” is inspired by the sagas of renowned Viking Ragnar Lothbrok, one of the best-known Norse heroes.
Season 4 of “Vikings” premiered on Feb 19 on History.