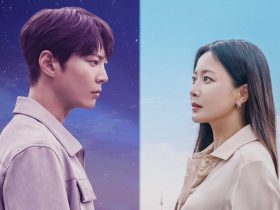 The chef tells us all about dude-stronomy, his first foray into reality TV and his most embarrassing moment

What’s your favourite episode out of the five and why?

It’s hard to pin-point a favourite episode but I can share several very fond memories. The first would be upon landing and meeting up with the other bros and finding out they weren’t freaks. Before the show, the producers wouldn’t tell me anything about the other guys so when I met them, I was glad to find out they were ‘normal’, in fact they were pretty cool.

The other moment was the race to the top of The Peak. That was quite a mushy moment because at the end of the race, despite who won or lost, we gave each other bro-hugs and we all looked at each other and just knew this was going to be a good ‘BROcation’.

And there was another one when SonaOne and I had to perform live – without any script or preparation – in front of a crowd in Mongkok. We had to sing and dance and I’m not a singer or a dancer so I was freaking out. That was one of the most embarrassing thing I have ever done in my life.

Then there were the foodie experiences — we ate a lot of amazing food. We went to a really good steamboat restaurant where the chicken-based soup was really thick.

I also created a Hong Kong taco on the fly because we were rushing around filming and needed to grab a bite at a snack kiosk. So I bought one of those egglet waffles (gai daan tsai 雞蛋仔) and put other stuff and sauces inside – and that was the creation of the Hong Kong crispy taco.

What’s your dream ‘bro-cation’, and why?

I would consider this BROcation I had pretty close to a dream brocation if not the dream BROcation. It went beyond my wildest expectations — the number of things we did, the people we met, the places we went to.

Hong Kong itself was such an exciting city for a BROcation destination – everything is so close to each other and its one of those cities that doesn’t sleep. It was the perfect backdrop for this guy’s trip of a lifetime.

Can we expect new dishes from you, inspired by your ‘bro-cation’? Give us some hints!

Of course, everywhere I go gives me inspiration, especially in terms of ingredient usage even if it’s not the same kind of cuisine that I do. One thing that I really love from Hong Kong was when I ate out and had ginger scallion sauce (薑蓉). I want to put it on everything now! I don’t care if I have a Middle Eastern restaurant – I want to put it on food there!