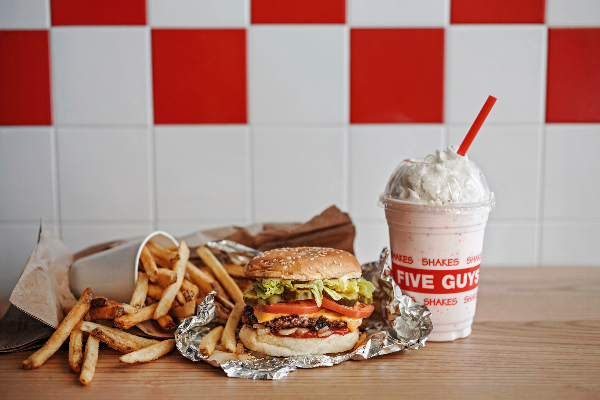 What should you do when someone steals your bag in your housing estate? Or when you are nearly hit by killer litter? Besides the actual authorities, a team we definitely want to have on our side to help solve such cases of petty crime is the Neighbourhood Watch Task Force. Or, NWTF. A voluntarily formed Citizens on Patrol team made up of four residents of the same neighbourhood, the NWTF delight us with their do-gooding antics every Tuesday on a new local web series by SGAG.

Our favourite provider of Singapore humour on the Internet has rebranded their YouTube channel as Nubbad TV, dedicated to long-form video content and original series that venture into a variety of genres beyond just comedy. Nubbad TV marks its arrival in a big way, launching Neighbourhood Watch Task Force as its first series. Created and directed by Cheng Chai Hong, NWTF takes on a similar mockumentary style and witty humour that Cheng is now known for from his 2017 acclaimed web series Average Guys.

We have seen the five episodes released so far at the time of writing (there are a total of eight episodes lined up), and first of all, we must say it is truly nubbad. The humour is laugh-out-loud funny while staying true to the Singapore vernacular and culture. The series has been a hit among viewers too, with many comparing it to popular US sitcoms The Office and Brooklyn Nine-Nine. The talented cast that makes up the NWTF – Gabriel Chan as Mr Chye Poh Meng, Annette Lee as Chanel Ooi, Average Guys’ Fauzi Azzhar as Ahmad, and Vinnie Mok as Auntie Heng Choon Sim – also have great chemistry and deliver the comic moments with hilarious aplomb.

But don’t just take it from us; hear from the cast themselves why Neighbourhood Watch Task Force is unique and deserves your attention. We interview Gabriel Chan, Annette Lee and Fauzi Azzhar about comedy in local entertainment, petty crimes in Singapore, whether there will be a second season of NWTF, and more. They even spill some behind-the-scenes secrets about improvised scenes in the series!

We love Neighbourhood Watch Task Force and its humour! What first drew you to be a part of the show?

Fauzi: I wasn’t given a choice, and the creator is a close friend.

Gabriel: I always wanted to be a part of SGAG, so when I found out about the show and when I knew that Chai Hong was the director, it was a no-brainer – I had to connive and sneak my way into the show!

Crime and comedy have long been popular genres in original Singapore entertainment. What is the show offering that’s new and different from other shows out there? Why should Singaporeans watch the show?

Annette: There aren’t enough local comedies that are fronted by the elderly, maybe because show creators usually think that in order to target young people, we have to only have a young cast. But most young people have grandparents whom they connect with, and I feel that young people can feel that same connection with the elderly characters in the show, and it opens a new realm of humour and relatability in this show that is unlike others. I mean let’s face it, our grandparents can do the most adorable and hilarious things that our peers never would.

Gabriel: There’s a very sincere answer to this, it’s the acting. The acting isn’t very good, but it’s so natural and earnest. And the acting and the direction by Chai Hong really drew out certain important lessons about Singaporeans, the most important being that we are willing to laugh at ourselves.

Fauzi: Just like the four do-gooders who braved themselves into their “adventures”, we just wanna do good and share stories that resonate more with not just teenagers but their families, Best Friend, Ex-GF/BF and their pet neighbour.

Please introduce your character briefly and tell us what you love about playing him or her.

Fauzi: I play Ahmad, he’s a graphic designer, but he feels like he has much more to offer to the community, to the world. He joins NWTF and offers solutions that may work, or not. It really depends on the weather sometimes. He is definitely not your go-to Malay guy for any info about the minorities.

Annette: I play Chanel Ooi, a shrewd part-time insurance agent and part-time property agent, who initially joined the group hoping to sell insurance to the old people. But when she realized that they all already had insurance, she stayed on because she liked the idea of being able to protect her neighbourhood. She is basically an ex-ah lian who has since reformed and is now an ambitious and independent career woman, but still slips back into her rude gangster old self at times hahah.

Gabriel: Chye Poh Meng is someone whose got nothing better to do. He used to have a very important position in life – his career – and when he retired he felt he should contribute something to society and the first thing he did was to do something for his neighbourhood. So he was motivated by a very good reason, to do something for his neighbourhood and make it more secure for others. That is why in the very first episode, when he was peering through his binoculars, he said “when you bring your family home to sleep, I’ll be watching them.” But we all know that Uncle Chye is a busy body and a really really irritating old soul. It’s quite easy for me to get into this role because I am something like Chye Poh Meng: irritating, old, confused, and thinks he knows everything!

Some of the humour in the show feels very spontaneous. Were there any lines or scenes that were improvised?

Fauzi: When I see something funny, I raise my brows. Then Chai Hong will call cut, and then the producer tells me to focus and the camera man will sigh (not because I screwed up, but it is a camera man thing). So I learnt to bite my own tongue. Gabriel and Vinnie crack me up on and off screen.

Annette: Yes many parts. Like in Episode 3, when a resident tried to clamp one of the characters, Thomas Tan’s face with a sliding window – that was improvised on the spot.

Gabriel: Yes! In the episode where someone stole my haversack and inside was something I didn’t want the rest of the group to know (it was a pair of panties and brassiers). The thief realised that I was carrying this and returned it, but before this I had told the group that I had lost my special Tai Chi clothes. I felt like the script had to be something funnier, and so without telling Chai Hong, I completely improvised the whole scene! “These are Tai Chi symbolising mountains” I said as I pointed to the bra and put it behind my ears, “when you’re doing Tai Chi the mountains should be behind you” and Chai Hong just kept rolling and rolling!

How real are the petty neighbourhood crimes the show portrays? What are some similar things you have seen in Singapore?

Fauzi: Actually I’m not sure, I’ve yet to apply for a CPR course my condo organised – to see all the other people in my vicinity. Maybe I should apply for it. The deadline is this week I think?

Annette: They aren’t very real. We actually went on a Citizens On Patrol session as research when we were writing for the show, and we asked the patrol team we were with what was the biggest crime they’d witnessed during patrols. They said it was just some underage kids smoking, and that was it haha.

Gabriel: These are real, but they don’t happen often. It’s not everyday that people throw killer litter down the window, or you encounter snatch thieves. Even the episode where Poh Meng and Ahmad meet a lady lady who was off the rocker – that’s also not very common. That’s the thing about Singapore – we are a very safe place to stay. I had some friends coming down from India to visit, and they asked me “Where are your policemen?” It struck me that Singapore is so safe that the police are not seen around often, and they do their job well. So although petty crime in Singapore isn’t a big problem to be concerned about, it’s still important that we as Singaporeans are made aware of crime in a more lighthearted manner, and to bring across the idea of every neighbour being concerned for their own neighbourhood.

What is your personal favourite scene to film?

Fauzi: Every time an episode comes out, it becomes my favourite BUT so far, Episode 6?- Annette and I had to ad lib how ugly our clothings are. I didn’t know I can be a great stand up Comedian. Not that I wish to pursue it. Please don’t tell my boss.

Annette: Oh my god so many favourites I can’t decide.

Gabriel: I loved the first episode when Chanel tried to portray a money lender and she wore a red wig and started cursing and shaking her leg! My other favourite scene was when Chanel and me were going around the neighbourhood looking for wheelchair ramps and we were taking the wheelchair with Choon Sim on it and hitting it against the staircases and curbs, and Choon Sim was just going up and down, it was hilarious!

Will there be a second season of NWTF? What would you like to see for you character if the show continues?

Fauzi: It is entirely up to our subscribers on YouTube. And I’d love to play an Ahmad who went to a leadership camp and suddenly come out all talkative and campy? Wait that’s just me.

Gabriel: Chye Poh Meng is quite a character, he’s a goner, I wouldn’t wanna go in the 2nd season and play him again. You see, I had to do silly things that I don’t normally do, and I’m so afraid that my friends will see! Thank god my friends don’t watch social media, if not there’ll be no end to it!

Also check out the short featurettes that spin off from the main episodes to look at more serious crimes such as internet scams, credit for sex and more. Watch the first featurette here.