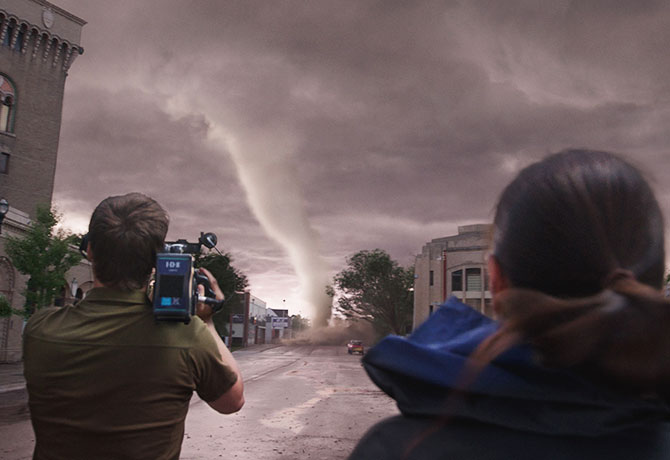 Into the Storm: The Rage of Mother Nature

But you’ll have to dig deep underneath the sentimental clichés

That was the common response among our friends when we told them we were seeing this movie. Fortunately (or not, depending on your tastes), I Want To Eat Your Pancreas isn’t a movie about cannibalism. It’s a new Japanese anime movie based on a Japanese novel of the same name, which was also made into a live-action movie in 2017.

Quite the opposite of a zombie movie, the movie is a slice of life story about a high school girl, Sakura, who has a terminal pancreatic disease. With just a few months left to live, she creates a bucket list in her diary and tells no one outside of her family about her illness. No one at school finds out she’s sick, until a fateful encounter with a male classmate who picks up her diary by accident at the hospital.

Did Sakura and the male protagonist really meet by fate, though? The movie poses that question from the boy’s perspective, and counters it with Sakura’s belief that everything that happens to us is a result of the choices we make.

For Sakura and the nameless male protagonist (we won’t spoil the movie’s reveal of his name), their choice to become friends changes their lives so powerfully it does have the extraordinary weight of fate. In direct contrast to the super bubbly and popular Sakura, he’s a loner who likes to bury his head in a book more than try to get to know the people around him. He promises to keep Sakura’s illness a secret, and in return (even though he doesn’t ask for it), she decides to become his friend and spend time with him during her last few months.

We’re constantly reminded that Sakura is going to die, and the movie does dig deep into the fear of dying, yet it keeps things light and fun as the characters try to check off Sakura’s bucket list one by one.

I Want To Eat Your Pancreas relies a little too much on melodramatic dialogue and music to convey the emotional journeys of the characters. At the same time, the humour of their adventures is sincere enough that the movie never gets too abstract, celebrating not so much life as the act and choices of living.

The movie’s strengths lie in the simple and tender moments of the two characters getting to know each other. We were satisfied with seeing them grow as friends, and if the writer and director felt the same way, the movie would be all the better for it. Instead, the writer and director feeds the story’s already overfilling sentimentality by trying to create romantic tension between the characters.

Also because it causes the main conflict with their classmates, the will-they-or-won’t-they tension lingers in all their scenes together, to a point that it distracts us away from the most refreshing aspect of their relationship – learning about living from each other. The moments meant to convey their intimacy then feel not just forced, but also weak. They don’t add to the story, and dilute a profound message about human connection into one favouring romantic and sexual connection.

Thus we were not surprised to find ourselves most moved by the relationship between Sakura and her best and oldest friend from middle school, Kyoko. Like the rest of their classmates, Kyoko doesn’t know about Sakura’s illness, but doesn’t need a tragedy to prompt her to show her fierce love and care for Sakura all the time.

It’s an emotional roller-coaster through the dramatic flashback montages and big twists – get ready for a few really surprising ones, by the way. We heard a few sniffles in the cinema, and when we got teary-eyed ourselves, it was in response to something Kyoko says about her friendship with Sakura towards the end. I Want To Eat Your Pancreas isn’t afraid to dig deep into dark and vulnerable topics, and still finds the light in the dark, leaving us with the hope of new beginnings when the credits roll. A tighter plot, however, would have gotten to the insightful heart of the movie with fewer awkward detours.

I Want To Eat Your Pancreas is showing at all Filmgarde cinemas for sneak previews now, from 28 December to 1 January 2019, and for general release from 3 January 2019 onwards.