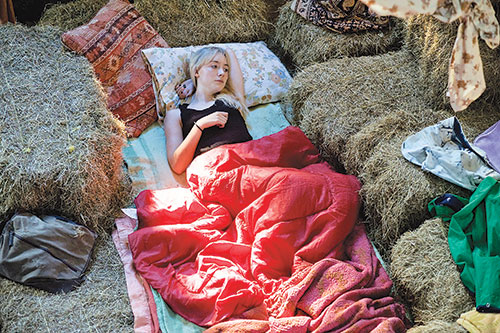 How I Live Now: Love will find a way

After 11 rounds of high-speed action, the title was recently decided

Holding third position from start to finish behind guest drivers Edoardo Mortara and André Couto, Fong was able to secure the maximum points amongst the competing drivers and to overtake Malaysian Alex Yoong at the top of the leader board.

The tight and technical Macau street circuit was even more demanding because of the slick track conditions.

“It is great to see Adderly [Fong] secure the championship. He came to the weekend with a small chance but he made no mistakes and drove consistently. He deserves it,” said Rene Koneberg, Director of Audi Sport customer racing Asia.

Fong was tailed closely by Cheng Congfu and Marchy Lee. Lee put a lot of pressure on Congfu, who eventually drove into the barrier, allowing Lee to dive down the inside.

In the final four laps, Lee shadowed Fong through every turn. Yet, it was Fong who showed maturity to hold Lee off and cross the line for the championship.

Fong has had an exceptional second season in the 2013 Audi R8 LMS Cup. He has maintained consistency throughout the series in which he has been placed outside of a podium finish on only two occasions.

Said Fong, “I actually couldn’t sleep last night. In 2011, I had a good race here, which gave me an idea of what the track is like. I’ve only driven the Audi for 20 laps in the rain before.”

“I had no clue I would finish on top of the championship, I tried to drive as hard as I could. I took every corner one by one, and I am very happy to have finished as champion in Macau,” he added.

It was, however, a tough day for Yoong. The Malaysian had a very strong season with four race wins. Coming to Macau, he led the championship. But an accident during qualifying damaged his car beyond repair, so he was not able to compete and score valuable points in the final round today.

But there was good news for Yoong as well. Audi Sport customer racing Asia announced the extension of the contracts for both Alex Yoong and Marchy Lee for the 2014 season.

Next year’s competition will see the cup expand even further across Asia with the inclusion of a race weekend in Fuji, Japan. The first race of the season will be in Inje, South Korea.