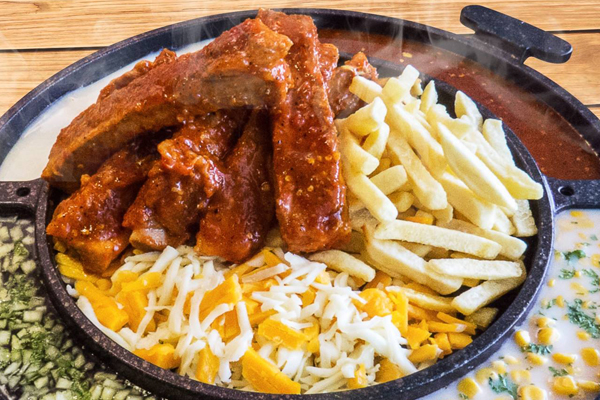 10 Delicious Ways To Romance Your Bae This Valentine’s Day

When thinking of cruises, dance workouts are not exactly what come to mind — our travel writer discovers how refreshing a Zumba experience can be aboard the SuperStar Gemini

The heat of high noon blazed down on a crescent white beach on Tioman Island, and catchy dance music thumped through the air. The sun was relentless but so were the three hyped-up instructors dancing in front of us.

“Let me see you work that body!” encouraged Karen, a short-haired spunky trainer. The crowd was growing by the minute as beach-goers flocked to our Zumba session. Halfway through, the class had already swelled to double its starting size.

If you told me one year ago that I would be waking up at the crack of dawn and hitting up a burning beach for a hyper dance workout, I would have laughed. If you’d said I’d be doing that on a cruise… Well, I would never have thought it possible.

Yet there I was, swaying to a mix of house and Bollywood music in Tioman.

We tried to shake off the heat but 40 minutes into the class, the fun had to be halted. Nevertheless, we were re-energised for the day and ready to explore the rest of the island with a refreshing coconut drink in hand.

ALL ABOARD THE FITNESS SHIP

Rising with the sun for outdoor exercise takes all kinds of determination, especially when the waves are gently rocking you in your slumber.

But how often is it that you get to stretch on a ship deck with foggy hills and the ocean as your backdrop?

All our mornings began with a stretching class at dawn with the trio of instructors from Amore Fitness.

After an hour of stretching, we grabbed a hearty breakfast — eggs and fruit for the instructors, everything fried and oily for me — and headed back to our cabins for a rest.

The workout was, however, far from over. By 10 am, we were gathered again by the pool for a high-intensity “FunkBlitz” workout, led by Karen and fellow dance master Francis. Fun as it was, the 40-minute class had me questioning my stamina and hand-eye coordination skills.

Fun as it was, the 40-minute class had me questioning my stamina and hand-eye coordination skills.

When it wound down, I was more than ready to head out to Redang Island for a relaxed walk. With a bottle of tipple in hand, we spent the afternoon in the shade of a wooden shack, gazing out into sea where our ship drifted against the horizon.

Workouts and funky dancing under the sun isn’t for everyone. In fact, I’ve come to realise it may not be my forte.

But if there’s one thing that everybody definitely enjoyed, it was the themed Zumba sessions held under the stars.

Karen, one of the three Amore fitness instructors on the Zumba cruise, took centre stage with her sensual and spunky moves. (Photo: Amore Fitness)

The first night saw a safari-themed session, where parti-cipants were urged to don animal prints and the stage was decorated with animal masks. High-octane music pumped into the night air and passengers gathered from across the ship on different decks to join the luau.

The second night was an even greater experience. Our neon-themed workout had erupted into a full-scale rave party.

Guests from young children to little old ladies in sweats grooved to the fast-paced music, quicker on their feet than I could ever be.

THE SHOW TO STEAL YOUR HEART

From the first day I stepped onto the SuperStar Gemini, I was told about a “must-see” performance that had been brought on board for a limited time.

Although I was craving rest, my travel companions convinced me to watch the “Queen of Hearts” show. Filled up from our gala dinner on the third night, we sat down for the evening cabaret in the Stardust Lounge.

The stage dimmed and a spooky and gritty cover of “Everybody Wants to Rule the World” boomed through the speakers.

Two warring kings — one in black garb, the other in white — chased after a girl (the “Queen”) through a Wonderland filled with Lady Gaga-esque costumes, incredible gymnastic feats and exciting dance numbers. At its height, the show featured muscled men being suspended perpendicular to a rotating pole — a sight that received plenty of hoots and cheers from the excited crowd.

After working out for what seemed like days on end, seeing this rousing performance was certainly an unexpected end to a rejuvenating trip.

Weekender would like to thank Star Cruises for hosting our writer.

A version of this article appeared in the print edition of Weekender, Issue 153, May 27 – June 9, 2016, with the headline ‘Getting into ship shape’.