‘Kuching’ means ‘cat’ in Malay but our intrepid travel blogger never knew where the place was until he went there. This is part two
of his experience

For the uninitiated, it is useful to have a guide, and always stay on the designated paths.

The biggest use of a guide was that he knew the hotspots to see the Proboscis Monkeys. Catching a glimpse of these monkeys in their natural habitat is the key attraction of Bako.

Nicknamed the Dutchman Monkey for the locals observed a similarity between the two primates, the Proboscis Monkey is listed as an endangered species. There are only about 250 of them in the whole of Bako National Park now. We managed to see quite a few of them.

We then embarked on the forest trek and it’s really quite an experience. The path was formed by countless roots compacted together and some parts required a little climbing. The stairs found on the trail were nothing more than flimsy wooden constructs.

After trekking 700m in about 1.5 hours, we finally reached one of the many beaches on Bako. From here, we had two choices – take the trek back to our starting point, or take the speedboat back (15 minutes) for an additional RM40 per boat.

As part of the journey back, we were brought to see some amazing rock formations along the coastal area. The most iconic formation would be the statuesque profile of a boulder that resembled a cobra rising out of the sea.

By the end of the Bako day trip, Siow Har and I got really burnt; so, remember to bring sunblock. Wear insect repellent too and have on comfortable shoes for trekking (but bring along slippers). Bring water to keep yourself constantly hydrated and be prepared to get sweat-soaked!

Oh, and beware of quick-handed monkeys near the canteen area. Siow Har was eating a muffin in the canteen when a monkey climbed onto the table and snatched it from her at lightning speed! So, keep a watchful eye and secure all your valuables such as your jewellery and camera.

Sitting at the foot of the majestic Mount Santubong, the Sarawak Cultural Village is a half-hour drive from the city centre (and you’ll pass by Damai Beach which is really close). There are day tours but our kind Kuching friends, Justin and Elizabeth, drove us there. Their hospitality exemplifies what we’re about to experience at the Cultural Village… a sort of communal kampong spirit where people look out for one another.

We got to see a collection of the different dwellings that the native Borneo tribes live in. There are seven major racial groups – Bidayuh, Iban, Penan, Orang Ulu, Melanau, Malay, and Chinese. A stone sculpture representing the seven tribes unified on one land welcomes visitors at the entrance.

An outdoor museum of the different architectural styles unique to each tribe, the village features life-sized replicas of these huts and longhouses complete with artefacts and furnishings. Foreigners were given a ‘passport’ to collect stamps from each tribe they visited.

There are two sessions of the cultural show daily, at 11.30am and 4.00pm. There’s one performance that’s notable – a guy picking up a block of wood with just his teeth!

You can buy traditional food made on the spot with charcoal stoves and test how good you are at blowing darts.

Probably the most bizarre exhibit here would be the smoked human heads. Most of the tribes were headhunters and warriors kept the decapitated heads of their enemies as a trophy.

While we were there, the village was making preparations to host the Rainforest World Music Festival in July.

There are some good photo opportunities in this half-day visit.

The oldest museum in Borneo, the Sarawak Museum is also reputed to hold one of the best collections in Southeast Asia. The first floor of the museum houses natural history (birds, fish, mammals, geological artefacts, etc) while the second level is home to ethnological relics of Borneo’s indigenous tribes.

A gallery across the museum houses modern folk art while a botanical garden and war memorial can also be found.

The museum is about a 20-minute stroll from the Kuching Waterfront and pretty prominent. Just ask for directions.

Some of the interesting things I saw included the skull of a man-eating crocodile, bones of whales, and a burial totem – where the indigenous people put their dead in jars and recess them into the cavity of a tall wooden column.

This is an excerpt from www.explorelah.blogspot.sg 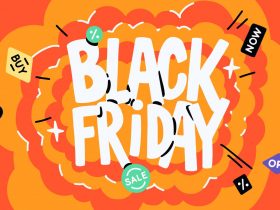 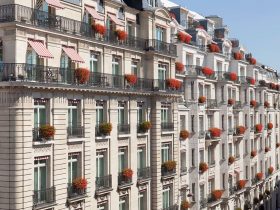