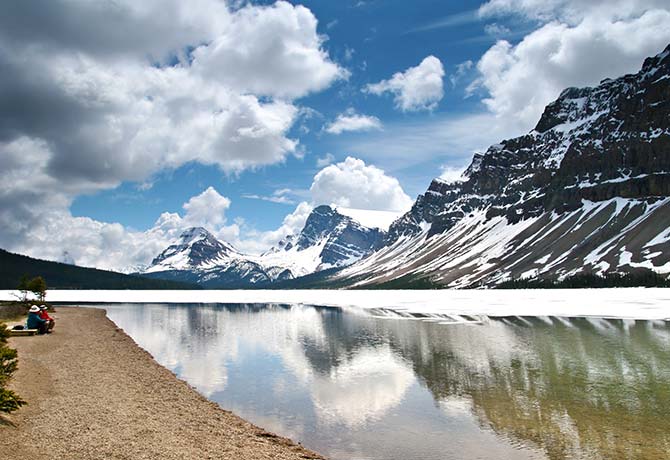 These areas are hot spots for monster sightings – and some are nearer than you’d expect!

Why dress up as a mythical monster for Halloween when you can spot one wandering in the wild? Creature sightings have been reported for years, and many travellers have stuck their neck out in the hope of spotting these elusive beasts.

So, try your luck and comb through some wilderness – you may just be the next YouTube “Yeti spotted!” sensation.

1. Zombies of the Caribbean

Remember the fourth Pirates of the Caribbean movie, in which Jack Sparrow is captured by a cannibalistic indigenous tribe? It’s not totally fictional.

In some places in the Caribbean, such as Haiti, native tribes are reported to practise cannibalism and black magic. Witch doctors, called “bokor”, are rumoured to raise the dead members of their tribes. They allegedly use poisonous and deadening brews to do this.

A famous film that featured this phenomena was The Serpent and the Rainbow. On HubPages, Mark Hall has also written an article about this (see screen capture above).

So, if you happen to visit these areas, you may be fortunate – or unfortunate – to catch some less-than-lively tribe members!

2. The chupacabra in the Philippines

This four-legged creature, whose name means “goat sucker”, has apparently been sighted in numerous Hispanic countries including Puerto Rico, Brazil, small towns in the USA, and even the Philippines! There are several varying descriptions of this monster, ranging from a wolf-like beast to a cryptid with a spiked spine, resembling a swamp frog.

As its name implies, the Chupacabra is known to have a penchant for attacking and preying upon livestock. The first reported attack in Puerto Rico in 1995 turned up eight sheep drained of blood. Sightings have since been reported around the world.

You may want to look out for this fiend the next time you venture into the outskirts, but don’t panic at every wild dog you see!

3. Fairy sightings: UK TO the USA

While fairy sightings have been reported (and disputed) at least since the early 1900s in Britain, many people have also reported encountering fairies in America. These places include Virginia, Wisconsin, and even in the Central American country of Belize.

These fairy-tale experiences are not purely physical – some witnesses describe telepathic communication with the little creatures, while others tell of an ‘aura’ or presence.

But you know what they say: magic only appears to people who believe in it.

If you want a sure-fire way to interact with fairies, perhaps you should head to Disneyland. You can even get a framed photo for a souvenir!

4. Yeti’s scalp in the Himalayas

A big and furry ape-like or humanoid creature known as Sasquatch, Bigfoot, Yeti or the Abominable Snowman has been reportedly sighted in different parts of the world over many years. It is usually described as standing upright on two feet, and about 2m tall.

The Yeti is often sighted in the Himalayas, in Nepal and Tibet. It is a strong figure in the region’s history and mythology, and is often regarded as the guardian of the mountains.

Many tourists traverse the Himalayas in search of this snowman. But you can get your own glimpse of the Yeti in the Khumjung Monastery, which purportedly holds a Yeti scalp. Experts have claimed that the scalp hair is distinctly ape-like, and contains unclassifiable parasitic mites.

The highlands of Scotland offer some of the most hair-raising tours, where you can try to spot the famous Loch Ness Monster that supposedly inhabits the Loch Ness lake.

The Loch Ness Monster – affectionately known as Nessie – has been the subject of alleged sightings since the 6th Century. Eyewitnesses have described her as a giant long-necked creature, sometimes with several bumps sticking out of the water.

Could Nessie be a surviving plesiosaur from prehistoric times?

Whether you’d like to observe from the safety of a bridge or get close to scrutinise the waters on a boat tour, there are packages for every level of daring. 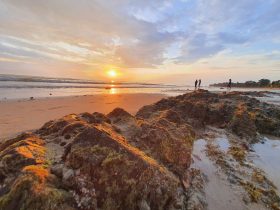 Located near Singapore, you do not have to hesitate or prepare much for a mini getaway to Desaru Coast.