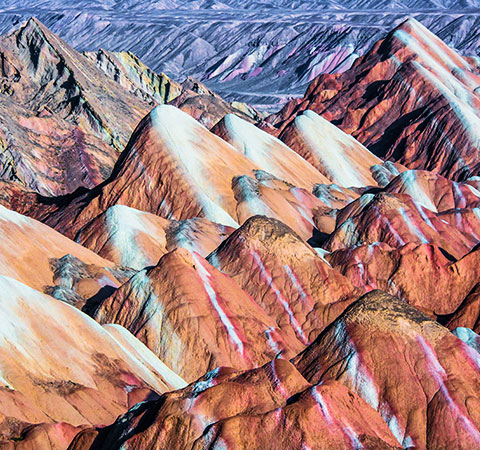 It’s fun, exhilarating, and can be even more exciting when you tumble down the slopes

Sandboarding or sand-surfing are popular activities anywhere where there are sand dunes. The sport is said to have originated in ancient Egypt thousands of years ago, when people used to skid down sand dunes during festivals.

Sandboarding is a combination of snowboarding, surfing, and skating. However, instead of riding a wave, shredding in snow, or skating in the streets, you rush down the sand.

All the sand dunes around the world are important parts of the ecosystems that support many populations of rare animals, insects, and plants. So, if you don’t want to spend the whole time sandboarding, there are many other things to do and see.

The sand dunes of Peru are some of the world’s most scenic areas, often with a blazing blue sky and a spectacular full moon, which have perfectly-contoured shadows of ripples and undulating crests.

The Tallest Sand Dune in the World

Peru, located in South America, is an Inca [native Central American tribe] country and has a fascinating geography with a huge variety of dunes. These range from small to medium in size, to the mind-blowing tallest in the world called Yuraq Orjo, in the local Quechua language.

It is also known as Cerro Blanco in Spanish (White Hill), and it reaches 2,070m. Cerro Blanco nestles in the east of Nazca on the way to the famous Cusco, and is recognised as one the most attractive dunes in the world for sandboard lovers.

The steepest part of Cerro Blanco is the 800-metre slope where sandboarders launch off for the ride of their lives. The views of the Andes from Cerro Blanco are breathtaking, with sand dunes stretching as far as the eye can see.

Many of these sand dunes are located near the coastlines and beaches. The formation of sand dunes is due to the speedy winds from the West to the East. They form from windblown sand that is deposited against obstructions such as bushes, rocks, and steep hills. As more sand particles are deposited, the dunes grow in size, forming rows at right angles to the prevailing wind direction.

Beginners Should Get a Feel of the Sand First

Don’t worry if you’ve never sandboarded before because you can start on the beginner dunes, which are more gradual and forgiving. Try the almost flat terrain and practice skating exercises. Simply strap in only one foot and use the other to propel you and the board around the sand.

Next, strap both feet in and get someone to push you slowly along the nearly flat terrain. This will help you get a feel for the sand.

Take a few lessons, get the feel of things, build up your confidence, and then progress to steeper dunes. If you’re already experienced in snowboarding or skateboarding, proceed to a higher level.

Other things to do in Peru include jungle trekking in the Amazon rainforest, boating along the Amazon river, exploring ancient Inca civilisations in Machu Picchu, and wine-tasting in the Santiago Queirolo vineyards.