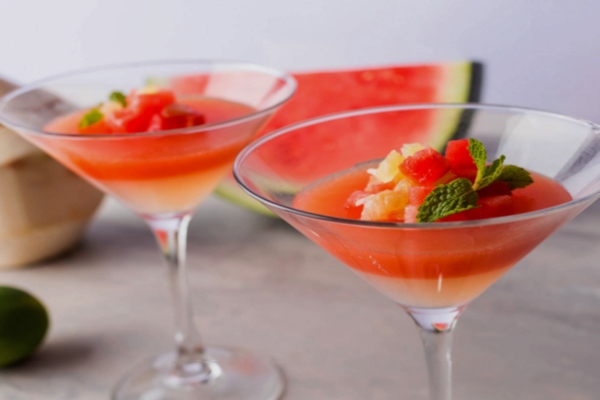 Reflecting on his iconic as well as controversial legacy

The fashion world was shocked and saddened last night, 19 February, to learn that Karl Lagerfeld has passed away. He was 85. It has been reported that the German fashion designer and creative director of Chanel since 1983 had been battling pancreatic cancer for some time now.

A designer, photographer, film director, and illustrator, Lagerfeld is widely considered a creative force and genius who contributed significantly to the artistic growth of not just Chanel, but also Fendi, Chloe and his own eponymous label. Outside of the fashion industry, he also made a name for himself in pop culture, mingling with Hollywood celebrities and making high fashion more accessible to the public.

Chanel has appointed Virginie Viard, Lagerfeld’s close collaborator at Chanel for over 30 years, to succeed him as the new creative director. But before the announcement, the brand issued a lengthy official statement about Lagerfeld’s passing via an Instagram post, in which the CEO praised him for being “ahead of his time.”

Indeed, Lagerfeld was a visionary in breathing new life to the branding of Chanel and Fendi, keeping these luxury fashion labels relevant for younger consumers. Here are some notable ways in which Lagerfeld transformed the world of fashion:

He turned high fashion into a spectacular show. Every runway season, we look to Chanel to see what mind-blowing new fashion show it is presenting. The French brand is always at the top of the best runway shows, for not just the incredible clothes, but more importantly, the elaborate set design and theme. And the mastermind behind it is the creative director, Karl Lagerfeld. He flew in a real, nine-metres tall iceberg for a show, recreated the Eiffel Tower for another, and transformed the Grand Palais into everything from an airport terminal to a fully functional supermarket and a space station. In creating extravagant yet familiar runway sets, he made high-end fashion a form of entertainment that modern consumers could connect to.

Watch the above video to see Lagerfeld’s creation of a full beach during the most recent Paris Fashion Week in 2018.

He paved the way for designers to make fashion more accessible. When Lagerfeld launched a collection with H&M in 2004, not many designers of his calibre had ventured into the fast-fashion. The collaboration was remarkable in bridging the gap between high and low fashion, making his designs more affordable as well as appealing to the younger generation. It set a precedent for designers teaming up with high-street labels, as we saw with the recent Moschino x H&M collection.

He dared to get political with his work. One of Lagerfeld’s most memorable runway shows for Chanel was the Spring/Summer 2015 one, when he transformed the Grand Palais into a Parisian street scene and the models staged a feminist rally at the end of the show. In the more recent years, Lagerfeld also took a few steps in promoting diversity in fashion, casting more people of colour as runway models or as the face of new campaigns.

At the same time, while tributes are pouring in, many on social media have also pointed out that Lagerfeld’s legacy was not all positive and deserving of praise. In fact, it was quite problematic. His love for spectacle saw him not holding back in his more controversial beliefs, and he made a number of very startling and offensive comments over the course of his career.

He’s openly discriminated against larger women as models. It seems Lagerfeld was selective about the type of diversity he promoted, as he didn’t embrace body diversity in fashion. He has repeatedly said that “no one wants to see curvy women on the runway,” a comment that got him sued by a women’s association in France when he said it again on television in 2013.

His responses to the #MeToo movement revealed more of his misogynistic views. We were taken aback by the blunt and brutal comments that Lagerfeld made regarding sexual assault in a 2018 interview. When asked for his thoughts on the #MeToo movement, in which people (mostly women) around the world spoke up about sexual misconduct in their workplace, Lagerfeld said he was “fed up by it” and refused to be part of the change in the fashion industry. Most provocative of all was his remarks in defence of a stylist accused of touching his models inappropriately: “If you don’t want your pants pulled about, don’t become a model! Join a nunnery, there’ll always be a place for you in the convent. They’re recruiting even!”

Finally, his statements about Muslim migrants also sparked serious outrage and were deemed racist. In 2017, Lagerfeld criticised Germany’s decision to open up their borders to migrants (most of them Syrian refugees) on French TV, and even brought up the Holocaust. “One cannot – even if there are decades between them – kill millions of Jews so you can bring millions of their worst enemies in their place,” he said.

As we reflect on Lagerfeld’s lasting influence, it’s important that we don’t skip the negative sides to it. We can take the good with the bad, remember his talents as well as his faults, as a reminder that even some of the biggest cultural icons are flawed, too. With a more balanced and nuanced look back at his life, we can also look towards greater positive change in the fashion world.