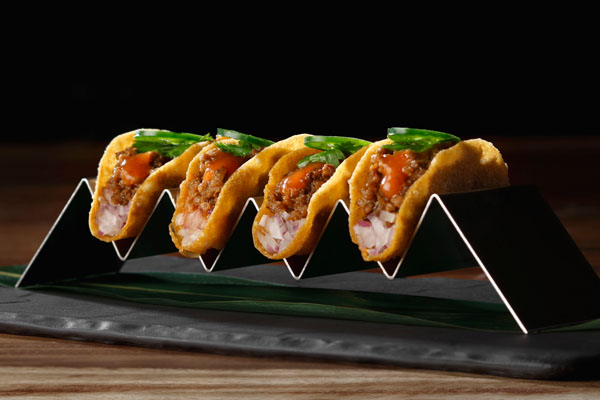 A Japanese-Meets-Korean Culinary Adventure At Akira Back

Check out your favourite online fashion labels in stores now

After all, these four homegrown e-tailers — Love, Bonito; Her Velvet Vase; Klarra; and Eight Slate — have successfully moved beyond the e-commerce space to set up physical shops, like pop-ups or brick-and-mortar stores, both here and overseas.

Weekender finds out the reasons behind their transformation.

Loved for their tailored and edgy aesthetics, and equally matched by their stylishly-shot campaign look books, it’s no wonder that they’ve grown so fast in so little time.

In the short span of a year, Eight Slate has already popped up in various venues, including women’s fashion store Soon Lee and more recently at cocktail bar Bitters&Love, as part of a collaboration with Cointreau.

While the brand has no plans for a brick-and-mortar store in the near future, it is working to expand overseas as a huge bulk of its customer purchases come from abroad.

Homegrown womenswear label Klarra held its very first pop-up retail space in the heart of town, at Robinsons The Heeren, in August. One may wonder what took them so long, seeing that their label has been around since 2012.

Nonetheless, we think the pop-up, which also launched the brand’s pre-Fall collection, was worth the wait. The collection featured sleek and tailored work-appropriate styles, with a touch of emerald and sea foam.

We hear that these designs were inspired by Singapore’s architectural icons, which explained the asymmetrical lines and structured cuts.

As for whether they’ll be opening a retail outlet anytime soon, they revealed that they were keen on the idea but don’t have concrete plans yet.

Founded in 2010, Love, Bonito has grown to become one of Singapore’s leading online fashion stores. Its fast-selling pieces are testament to how much customers love the brand’s chic, trendy and quality designs — no wonder that its first flagship store at Mid Valley, Malaysia, opened to much fanfare.

While some may be surprised that the fashion retailer chose to open their first store in Malaysia instead of Singapore, there is a good reason for doing so, say the brand’s co-founder Rachel Lim.

“We noticed that Malaysians were more comfortable buying clothes from physical stores. So we decided to open our first flagship store there to cater to the Malaysian market,” she added.

Last year, the local label also launched its first pop-up store at Tangs Vivocity. But whether there are plans to open a full-scale store in Singapore is another question altogether.

Regardless of what happens, there’s always the reliable Love, Bonito website to shop from.

A popular homegrown online fashion retailer founded in 2007 by sisters Clare and Mag Chan, Her Velvet Vase is known for incorporating tailored femininity in their designs.

Fast forward eight years, their success has now led them to open an international office in New York as well as an American shopping portal.

The reason for setting up shop in one of the world’s fashion capitals? To address a market need.

Clare said, “We believe that there is demand for our approach to fashion from other markets. With Mag focusing on design while I drive up business operations, we are keen to further extend Her Velvet Vase to other markets.

“Singapore remains a core focus and as much as we bring Her Velvet Vase to the world, we bring international styles back to Singapore too.”

In line with their foray into the Big Apple, they have also launched a New York Collection inspired by the street styles of fashionable cities such as Paris and Stockholm. We’re in love with the minimalist stripes and monochrome palette, which are perfect for work and play.

Her Velvet Vase’s United States’ office will consist of a showroom that doubles as the occasional pop-up store. Though its current operations appear to be without any frills, we’re keeping our fingers crossed for when the growing Singaporean brand will actually open a full-fledged retail store there. 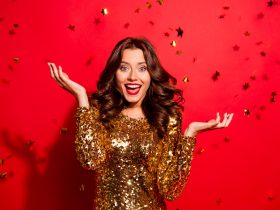 Skincare? Make up? It does not matter as all girls love cosmetics! These new launches will make great gifts this Christmas.