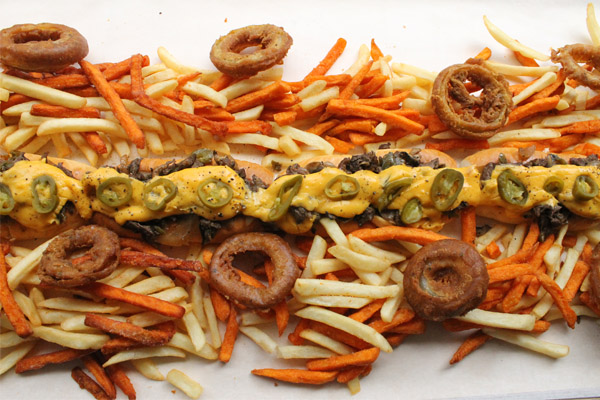 We're utterly and unabashedly obsessed with The Umbrella Academy. When Netflix announced that they are adapting the bestselling comic book series by Gerard Way (yup, he's the lead singer of My Chemical Romance) and Gabriel Bá, our interest was piqued. Finally a superhero show that isn't from Marvel or DC! And the cast includes big stars like Ellen Page and Mary J. Blige! But nothing prepared us for the big wave of love we'd feel towards the show. And we're definitely not alone. Umbrella Academy has been reported to be the most popular and raved-about streaming series right now, based on the opening week demand. If you haven't seen the 10-episode first season yet, first of all, what are you doing? Let us convince you why you need to be watching it right now.

2. Dysfunctional family? We can so relate.

Umbrella Academy reminds us that a family comes in all shapes and sizes and… species? Our adopted protagonists also have a talking chimpanzee for a butler and a mom who’s not quite human. Yeah, so we can’t relate to that, but there’s so much else we can. You haven’t seen a group of supposed “super heroes” who have it less together to save the world. For our protagonists, the real big battles they’re fighting aren’t monsters or bad guys, but deep dark personal issues. These issues aren’t foreign to us at all: low self-esteem, depression, loneliness, addiction… Given their difficult and competitive upbringing, our protagonists don’t all get along very well. When they come together, we get a bizarre yet still tender family.