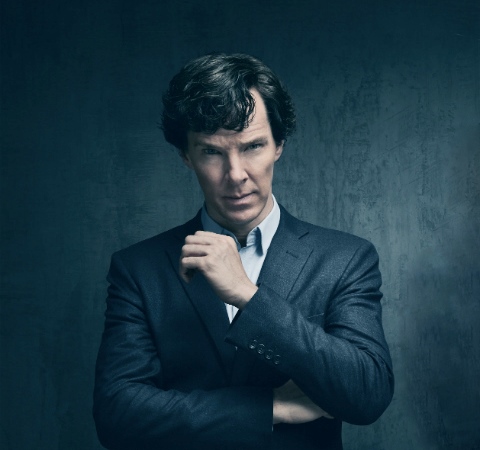 Benedict Cumberbatch Reveals The Truth About Filming For “Sherlock”

The top position of the English Premier League table looks set to change hands once again, while big clubs fallen on hard times face the moment of truth

With midweek fixtures and just 14 games left in the English Premier League, this weekend presents at least two mouth-watering clashes — the top-of-the-table tussle between the Citizens and Foxes, and troubled titans Chelsea and Manchester United coming to a head.

This top of the table clash between Manchester City and Leicester City would be a spectacle to watch unfold.

Although the Foxes of Leicester are still flying high, their recent form has been somewhat erratic, including having crashed to a 2-0 defeat to Tottenham Hotspur in the FA Cup Third Round two weeks ago, when they had recently won and drawn Spurs (in the league and the first-leg of the FA Cup tie). It would be hard to see Leicester emerging victorious from this fixture, especially in the cauldron of the City of Manchester Stadium.

Jamie Vardy has been in hot scoring form again but it remains to be seen if his confidence will hold in this high-pressure fixture. Japan international Shinji Okazaki may once again be counted upon to lend weight to the scoreline.

City’s stars, on the other hand, may seem like citizens of another planet in comparison. Since Jan 9, City has had four or five wins in which it has scored at least three goals.

The Foxes had better take heed. Claudio Ranieri, once known as “The Tinkerman”, will need all his wits to tackle this
tricky tussle.

While City will be ruing Belgian hotshot Kevin de Bruyne’s injury that leaves him out for about two months, Sergio Aguero has been on fire for some time and has almost single-handedly hauled City up the table. His goals alone speak volumes.

This may offend romantics, the ever-hopeful or Leicester fans but I feel that Leicester lacks the pedigree in its squad, and can expect to be schooled by City’s footballing superstars.

Oscar scored a hat-trick in the match against Milton Keynes Dons, and has been one of Chelsea’s key players. (Photo: Mitch Gunn / Shutterstock.com)

It seems Chelsea is a team transformed after the departure of Jose Mourinho. The Blues are unbeaten in ten matches since their defeat by Leicester on Dec 14.

The previous meeting of Chelsea and Manchester United, just in December, ended in a 0-0 stalemate. One would expect Chelsea, in good form, to overcome United, especially on home ground.

Confidence has been brimming at least since the 5-1 demolition of Milton Keynes Dons in the FA Cup Fourth Round, as well as the defeat of title-challengers Arsenal before that.

United has been playing poorly for some time now but the forceful win against Stoke in mid-week is sure to have inflated confidence. Wayne Rooney has been leading the way but you can’t help but wonder how long it is till he burns out.

This is a difficult one to determine but expect the Red Devils to be edged out and get a case of the Blues.

Liverpool is yet another giant that has fallen on hard times, with another manager that’s feeling the heat. After the mid-week defeat by Leicester, Liverpool should find Sunderland much easier opposition, with the Black Cats languoring in the relegation zone.

Liverpool has not fared well against decent opposition for some time. Thank goodness Sunderland is anything but.

Christian Benteke aside, Liverpool’s young guns such as Roberto Firmino, Coutinho and even Joe Allen (recently called up to the Welsh squad) will be raring to score more goals.