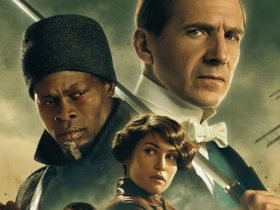 #WhatToWatch: Movies To Watch in September 2020

Can’t get enough of Asian shows from Japan, China, Hong Kong and Taiwan? GEM is a new channel specifically curated just for you.

The channel is a tie-up between Sony Pictures Television Networks and Nippon Television Network Corporation. This allows GEM to show first-run and exclusive programmes from Japan on the same they as their telecast in Japan.

These are some of the top shows you can check out on GEM!

1. Your Home Is My Business

This hilarious comedy from Japan stars Keiko Kitagawa, a real estate agent who’s willing to do anything and everything to close a sale.

Fans of the Death Note series will enjoy this thrilling new series starring Tatsuya Fujiwara. He plays a man desperate for answers after his identity was stolen from him.

Airs every Tuesday at 9pm (same week as Japan).

3. The Girl Who Lept Through Time

Based off the acclaimed novel and animated movie, The Girl Who Lept Through Time is back as a new science fiction and romance television series that follows a young girl who has the ability to time travel.

Premieres 15 Aug at 9pm, airs every Monday at 9pm (same day as Japan).

Aside from Japanese shows, GEM has a wide variety of top shows from China too like “Because Of Love”. The romance drama stars former F1 member, Jerry Yan who plays an ad director who loses his vision.

Premieres 9 Aug at 8pm, airs Monday to Friday at 8pm.

Set in 1930’s Shanghai, Jiang Xin, the heiress of a rich family goes missing. As she searches for a way back home, she loses her memory and gets her identity stolen by a female thief.

Airs every Monday to Friday at 7pm.