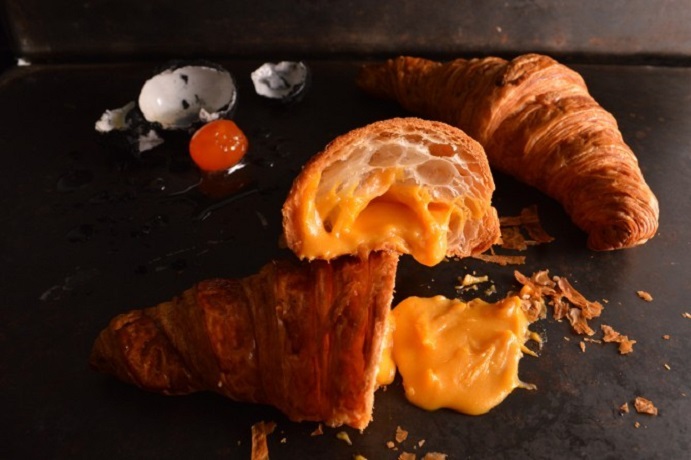 Anna Olson is a personal food hero of mine. I learnt how to bake my first New York Cheesecake by watching her show, Sugar when I was still in school.

This year, she’s back to inspire home cooks once more with her new show, Inspired with Anna Olson. Earlier this year, she travelled through Southeast Asia, hitting Singapore, Ho Chi Minh City, Manila and Kuala Lumpur to learn the secrets of our local cuisine. She then reinterprets the recipes back home in her Canadian kitchen.

Earlier this month, Anna was in Singapore to conduct a masterclass of her Inspired recipes. These were the five times she inspired us.

1. When she made steamed carrot cake

When Anna first heard about Singapore carrot cake, she was not expecting the savoury, eggy fried dish we know and love. Instead, like most westerners, she thought it would be a rich cake.

As a fan of both types of carrot cakes, I’m amazed that Anna managed to come up with a recipe that blends the two. She also steamed this cake mixture using a dim sum bamboo basket, resulting in an incredibly rich and moist cake.

You can get the recipe here.

2. When she took herself out of her comfort zone

Anna was a pastry chef for 8 years before she decided to take the plunge and be a TV host and chef. “I was feeling like I needed a new challenge because I was feeling stale in that environment. I liked the idea of sharing and communicating but the idea of being on television absolutely petrified me,” she recalled.

“I’ll admit that I’m still scared. The minute someone puts a camera on me and yells action, my stomach still flips over. But it took forcing myself out of my comfort zone to say that I want to share what I learned and that’s what motivates me.”

3. When she made nasi lemak risotto

When I first heard of this recipe, I was expecting it to be awful. There’s no way risotto with coconut milk, red peppers and seafood could taste good. It would be much too rich and heavy!

Yet again, Anna proved me wrong when I took the first spoonful of al dente risotto rice in a mildly spicy, creamy sauce. Don’t believe me? Try the recipe yourself.

4. When she gave tips on how to get kids to eat their veggies

Many parents all over the world struggle to get their kids to eat vegetables, especially green vegetables. Anna’s best advice is to get children involved in the kitchen. “If they’re a part of the process, they’re more likely to eat the end result because they contributed to making it.”

“It’s also great if parents slowly integrate foods children should be eating into meal and give them choices like orange juice or apple juice because they’re empowered by making a choice.”

5. When she used durian as a substitute for cheese

“In my mind, because of a durian’s smell and taste, I don’t take it in as a fruit. Because of its fattiness, it tastes savoury. You’re going to think this is nuts but we made a homemade mayonnaise and we worked in durian and made it a sauce for mini burgers we named ‘durburgers’.”

You can be Inspired with Anna Olson too! Tune into AFC (StarHub TV 435) every Friday at 9pm.