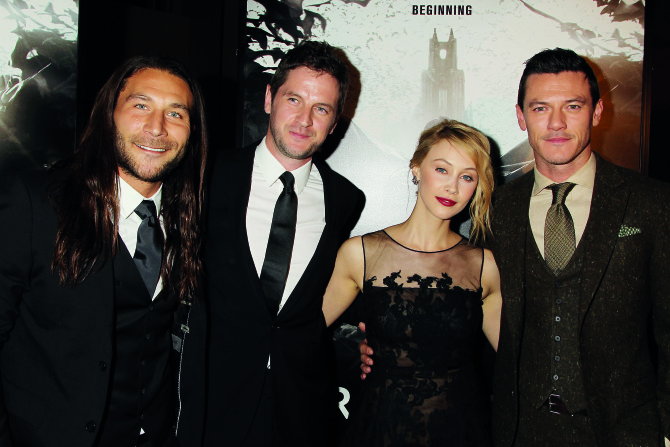 We pick seven performances and workshops you should catch or join

What happens when you gather a team made up of only women to put together a creative public project? Would it be very different from any other project that involves men? These are the questions that prompted Noorlinah Mohamed to design N.O.W., a three-year season presented by TheatreWorks that shines a spotlight on women creators and change-makers, and the work they do.

“I wanted to experiment with the idea of how it would be like to play with women, entirely women,” Noorlinah, who helms the project as the Artistic Director, shares. “What would change in terms of the set-up of the work, is there a different working style or voice? It’s an experiment to raise questions for ourselves as women, whether there are more things we can talk about besides motherhood, for example.”

It is the first female-centric project by TheatreWorks, a long-running Singapore performing arts company. Women are leading not only the team of collaborators and key presenters, but also the production and administrative crew. Furthermore, Noorlinah tells us that N.O.W. is also the first all-women project in the nation, for an entirely Singapore-run and operated project. It should not have had to take this long, but we’re glad it’s happening now (pun intended). N.O.W. celebrates the Not Ordinary Work that women and the women-aligned in Singapore are creating. The three-year season launches this July 2019, for three weeks from 10 to 28 July.

We are particularly excited about the diversity of the project’s team and content. The collaborators and crew come from varying ethnic and creative backgrounds, lending their voices to an interdisciplinary programme. There’s stand-up comedian Sharul Channa leading a comedy writing workshop, a series of film screenings, a staged reading of Akshita Nanda’s novel, panel discussions, and more. All events are held at TheatreWorks (72-13 Mohamed Sultan Road). If you’re as excited as us to support this vital project, the following are some of the highlights in the programme to look forward to. Check out the full programme and register for events at the official N.O.W. website.

How would Ovidia Yu’s critically acclaimed play be reinterpreted today? Written in the early 1990s, Three Fat Virgins Unassembled was a bold interrogation of the many roles that modern Singapore women play at home and the workplace. It follows four women on their paths of self-discovery while juggling marriage, motherhood, career and more at once. As our definition of “modern Singapore women” continually evolves and broadens, a re-staging of the play for today’s generation of young women helps to raise important questions about how far we have come and how much more we still have to improve. It features a cast of young rising talents – Chanel Chan, Munah Bagharib, Rebekah Sangeetha Dorai and Zelda Tatiana Ng – who we are excited to see bring the play to new life!

Munah fell in love with the play after just reading snippets of it. “It’s such an important piece. There are lots of hilarious moments and it also brings up issues that are real,” she says. “I think it stands for something so important. It talks about issues that were brought up in the 1990s but are still very relevant today, and what we’re doing with this version is to see how things have changed or not changed for women in Singapore.”