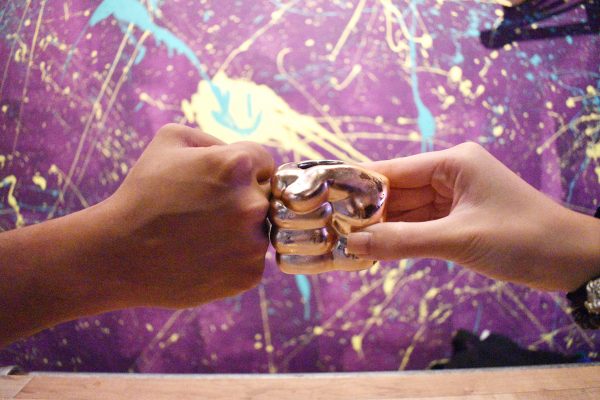 #ThirstyThursday: Get Boozed Up On Playful Peranakan-Inspired Cocktails At Bee Bee’s

It’s a topic many of us can totally relate to

Lunar New Year was only about a month ago. For our readers who celebrated it, how stressful was all the visiting? Did you have one of those painful conversations where your relatives ask about your boyfriend or girlfriend (or lack thereof), and when you are getting married?

You’re not alone. In China, many single women feel reluctant to return home to see their parents for reunion dinner every year. They love their parents, but they dread their stressful and relentless questions about marriage. In our modern day and age, more and more women are happy to stay single and focus on developing other aspects of their lives such as their career. Their more traditional-thinking parents, however, tend to find that lifestyle hard to understand.

This cultural generation gap is what SK-II tackles in their new short documentary film entitled Meet Me Halfway. It has attracted over a million views in the first 24 hours it was released, particularly on its Weibo page that China can access. Watch it here:

SK-II is best known as a skincare brand with its roots in Japan, and we love their products here in Singapore for being so suitable for Asian skin. But did you know that SK-II has also been addressing Asian women’s needs through film?

The brand first began to dive into the topic of marriage pressure in 2016 with their short film Marriage Market Takeover. It won multiple awards and currently records more than 2.7 million views on YouTube. Meet Me Halfway, which was just released on February 17, continues the conversation with a Lunar New Year angle. The documentary short is part of SK-II’s larger ongoing #changedestiny campaign, encouraging young women everywhere to take charge of their own lives and shape it the way that makes them happy. Exactly the mindset we need in the days leading up to International Women’s Day!

In Meet Me Halfway, we meet three young and single Chinese women who do not see marriage as the ultimate goal of their lives, a perspective that clashes with that of their parents. We also see the perspectives of the parents, who subscribe to the patriarchal perception that all women should strive first and foremost to be a good wife and mother. Hoping to convince their parents to respect their decision not to rush into marriage, each of the women write a letter to their parents asking them to meet them halfway – literally and figuratively. At a chosen meeting place outside, each daughter and her parents have a heart-to-heart and come to a mutual understanding.

The film made us tear up more than once, and we’re not ashamed to say it. It’s inspiring to see the young women not only standing their ground about wanting to live life on their own terms, but also reaching out to seek their parents’ support. And we’re not the only ones stirred by the film! Outside of the documented lives, the film has also moved many young women in China to discuss their own similar experiences of marriage pressure on social media.

SK-II has shared a few comments on their film from Weibo users. One of them said, “I am 24 years old but my family is already urging me to get married. I am also told it is not good for girls to have such a ‘strong’ character. After watching this, I’m look forward to being a better version of myself. Let’s work on this everyone.”

What are your thoughts on the societal expectations of marriage for young women? Do the experiences of the young women in the film speak to you? Join the conversation on social media, and use the film to start a conversation with your friends and family today!