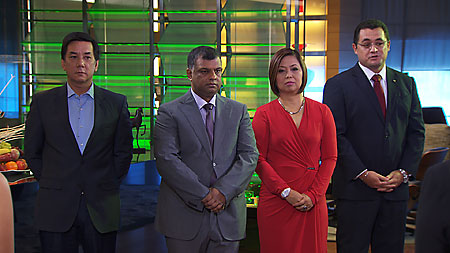 In a world where airplanes promise to cut across distances and time-zones, railway trains seem to hold a rustic, old-fashioned charm. There is a romantic feeling of liberty in the thought of a train, with the locomotive meandering through a blur of scenery and the landscape of our thoughts.

It can be said that the beauty of railways is unrivalled. A Google search for the railways of the world will turn up some of the most stunning images. The Trans-Siberian Railway, longest in the world, traverses between Moscow and Vladivostok and its endless stretch of scenic pleasures is filled with pine forests, meadows blooming with wild purple flowers, and lovely hills in the distance.

The West Highland Line, links Glasgow to Fort William and has one of the most uniquely picturesque routes with yawning vistas of glens, heather and rugged mountains. Railways are not merely transportation, but also a journey through some of the most beautiful places on the face of the earth.

The beauty of vintage trains and the connotative novelty of freedom seem to be the birthplace of train modelling as a hobby. Train modelling involves attempting to encapsulate the majesty of the railway systems into scaled-down, miniature versions. It is an intricate and fine craft, capturing the details of the tracks, signalling, roads, buildings, and features such as streams, hills and canyons.

More than a simple miniature train set designed to run on a rudimentary track, it is about recreating real locations and periods in history, and is done through building a landscape for the trains. The most thrilling part of the whole endeavour is that it is possible for the trains to be fully functional and run as though it was a real railway – literally bringing train modelling to life.

Thomas Bhat, a train modelling enthusiast and IT consultant, started playing with model trains in 1976. He professes, “It is the fascination for mighty, moving, manmade machines in natural environments that fascinated me endlessly.”

Drawn to the challenging yet rewarding task that train modelling has to offer, Thomas attempts to replicate an actual railway to
a high degree of precision and realism.

With the amount of creative rigour involved, the hobby can be said to be an artistic pursuit. Thomas explains, “Train modellers are like painters or sculptors – the beauty is in the detail and in the craftsmanship. It is important to bring the model to life.”

Looking at the finished models, it is evident that there must be utmost dedication in planning and building the landscapes in order to make a convincing and lifelike replica. Above assembling the model train kits and rail tracks, train modellers often do the weathering of objects for added realism.

The goal of weathering is to make a model look like it has gone through intense wear and tear, by simulating grime, rust and dirt.

Fuel stains, corrosion on battery boxes, evidences of accidents or repairs such as dents or freshly painted replacement parts are all tiny touches of ingenuity that can add depth to the story-telling. The finished product becomes a compelling diorama.

Thomas reveals, “It is most fulfilling to be able to appreciate the minute details of craftsmanship be it a train or a vintage model after it is done. The whole concept of bringing a macro-mechanism into a micro-model with fine finishing and functioning is what would appeal to most people.”

This hobby is perfect for those who appreciate art or find satisfaction in perfecting the tiniest, most intricate details. Children aged eight and above can start in this hobby with the initial guidance of parents.

Thomas gathers with other enthusiasts on Saturdays, from 10am to 1pm, at 3 Eng Kong Place, Singapore 599095