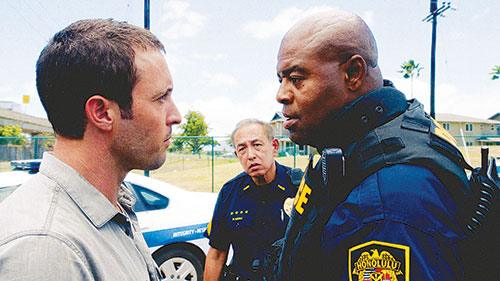 Most important question: Who will play Mushu the dragon?

We’re just kidding; Mushu was a Disney invention that won’t be starring in this production. We’re serious about Pierre Png and Ann Kok’s appearances though. The two veteran Singapore actors will be joining a local comedy reboot of a successful Taiwanese production based on the timeless tale of Hua Mulan.

“Mulan the Musical” will playfully subvert the timeless story about one girl and her family amidst a war in China. Stepping up for her frail father and effeminate brother, the titular Mulan disguises herself as a male soldier, Hua Munan, and joins the war. The show will run at the Resorts World Theatre from 16 Dec to 5 Feb, 2017.

Png will star as the manly and intimidating company sergeant major, while Kok will appear as Mulan’s bewitching and pregnant older sister, Hua Mulian.

“I’ve always wanted to do musicals, and because this musical is in Mandarin, I just know I’m going to have so much fun,” shares Png. “I hope to show the audience something different – something fun and memorable!”

Png and Kok join a cast of Taiwanese talents, including “One Million Star” finalist Chou Ting-Wei as the dashing General, and Taiwanese powerhouse vocalists Li Chien-Na and Lai Ying Ying, who will take turns to perform as Mulan during the show run.

“Mulan the Musical” will run from 16 Dec to 5 Feb, 2017, at the Resorts World Theatre. Tickets are priced from $38 and available at www.sistic.com.sg.