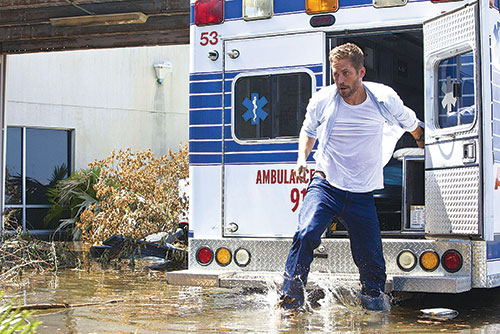 You’re not alone if you thought the 2019 Academy Awards was going to be a hot mess after learning that there wouldn’t be a host. A few bizarre things did happen during the film awards show, but the decision to break from tradition turned out to be more refreshing than awkward. On a night when Green Book winning the highly-coveted Best Picture award was met with an underwhelming response, there were also lots of milestones for diversity, inspiring speeches and hilarious parodies that made this year’s Oscars still one to celebrate.

The Oscars this year kicked off not with a host roasting the nominees for 15 minutes, but with a mini rock concert by Adam Lambert and Queen, singing “We Will Rock You” and “We Are The Champions.” It was an entertaining and creative nod to Bohemian Rhapsody, which was nominated for five awards that night, and got many of the Hollywood stars in the room up and dancing.

Then, three of our favourite Hollywood comedians kept the unconventional ball rolling with their version of an opening monologue. Maya Rudolph, Tina Fey and Amy Poehler reminded us that they are not the hosts, but gosh we wish they were! The trio were presenting the first award of the night for Best Supporting Actress, and while doing so, Maya Rudolph took her chance to flirt with Chadwick Boseman (“Wakanda plans you got later?”) and even belt out a short part of the Best Original Song-nominated “Shallow,” to the delight of Lady Gaga.