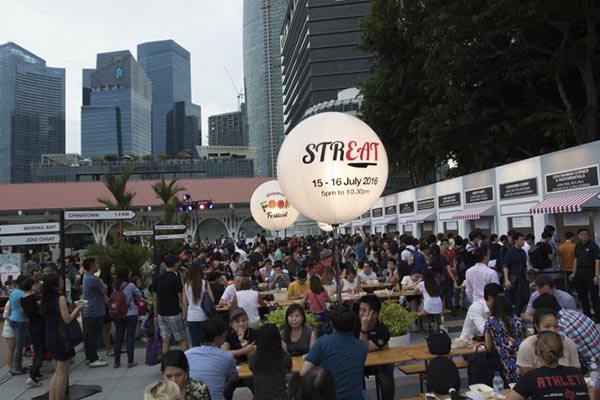 Before seeing On the Basis of Sex, you might already know a little about its real-life subject, Ruth Bader Ginsburg. The second female Justice of the US Supreme Court (out of just four so far), Ginsburg has recently been celebrated in not only the political but also the pop culture scenes, as a legal pioneer for gender equality in the US. On the Basis of Sex is the second film based on Ginsburg released this year, following the acclaimed documentary RBG.

However much or little you know of Ginsburg, though, you get to know her in a new light through this biopic. It shifts attention away from Ginsburg’s celebrity status to tell a story of her early personal life and career, before and how she became the ‘Notorious RBG’. Ginsburg the Supreme Court Justice and feminist icon is a product of Ruth the person, the teacher, the wife, and the mother. (1956 to 1975)

The first quarter of the movie follows a pretty standard structure of presenting obstacle after obstacle that Ruth had to face and overcome, fighting to be respected as a future lawyer in the male-dominated 1950s society. Despite graduating at the top of her class at both Harvard and Cornell law schools, Ruth fails to find a firm that would hire her, the male employers giving her reasons like how the men’s wives would get jealous.

We’re fed many obviously sexist lines that only get more and more ridiculous. When a man asks Ruth if it couldn’t hurt her to smile more, or to rein in her emotions, we feel the outrage that Ruth doesn’t or can’t show. The movie invites us to scoff and shake our heads in disbelief, affirming Ruth’s firm advocacy against gender discrimination. Oscar-nominated actress Felicity Jones brings a sincere earnestness to the iconic role, reminding us that a trailblazer isn’t always brimming with heroic self-confidence, but often starts out lost and full of self-doubt.

A trailblazer is also seldom alone in the fight. Always on Ruth’s side is her husband, Marty Ginsburg, played by Armie Hammer. It’s a clear situation of gross gender bias that Ruth, just as capable as her husband, if not more, is denied a career in law, while Marty flies through his as a tax lawyer. So, it’s a powerful example of good allyship that the couple are equal partners, in their advocacy efforts as well as in the domestic sphere of the home.

Together, Ruth and Marty decide to take on what would become known as Ginsburg’s landmark gender discrimination case. It’s 1970, and an unmarried man taking care of his elderly mother is unable to get a caregiver tax deduction, because the law defines only women to be caregivers.

But it’s not a straight and easy road to victory. Besides legal advisers, Ruth faces criticism from her own daughter, Jane (Cailee Spaeny). A teenager growing up in the 70s, Jane represents the views of the growing, more radical feminist movement, exasperated by the restrained and methodical tactics of Ruth’s older generation.

As mother and daughter learn from each other, we see the evolution of US feminism in its rocky process. On a more personal level, Jane calls out her mother for merely teaching the law instead of doing something to change it, even deriding her for just making herself “look pretty” for Marty’s party. These uncomfortable truths reveal a raw, human side to Ruth, who needs some prodding to recognise the social change happening all around her.

The intimate and lovely peek into Ruth’s family life isn’t so surprising when you know that the screenplay for On the Basis of Sex was written by Ginsburg’s nephew. Family is the backbone of this biopic and allows it to extend its statement on gender equality beyond just one woman, to include the entire society in the US, and the future generations.

Though a historical film, On the Basis of Sex continually calls attention to how gender perceptions are changing. Or not changing. In a notable moment, while Ruth and Jane discuss whether the society is ready to rethink their gender-based assumptions on caregivers, the camera zooms out to reveal a billboard of a woman being sexually objectified by a man. If you miss its not-too-subtle message, it’s probably because we’re so used to seeing such media around us even today. So how far have we come in changing our perceptions of gender roles?

The movie sets its direction towards not just what has changed since the 70s, but what has yet to be changed today, for us contemporary audiences. Throughout her preparation for the big day, and in the courtroom itself, Ruth is asked many complex questions that we still continue to confront today in every culture – should we try to change the law first, before trying to change the mindset of the public? How can the feminism work to fight racial discrimination, too? The movie just scratches the surface of examining these questions, and perhaps it’s a smart move not to attempt to have all the answers. Nevertheless, delving deeper into the intersection of gender and racial equality, in particular, would sharpen the movie’s rather safe conversations about social change.

And On the Basis of Sex could inspire you to pick up the conversations from where they fall flat, with your family and friends. Just as the caregiver tax case was only Ginsburg’s landmark case to jumpstart her long and successful career, On the Basis of Sex gestures towards the long road ahead to greater social equality. Hopeful yet realistic about what we have yet to accomplish, the movie celebrates the human endeavour to keep broadening and adjusting our views, towards progress as a society.

On the Basis of Sex will be released in cinemas on 10 January.