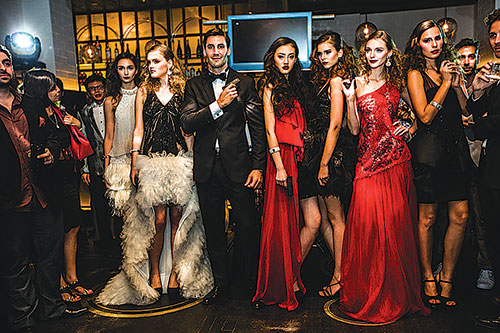 The show’s original creators will return as showrunners

10 years after the beloved Nickelodeon animated series Avatar: The Last Airbender ended, the journey of Aang and his friends are about to pick up again. This time, though, the characters and story are coming back as a live-action series.

Netflix announced on Twitter yesterday that a new live-action remake of Avatar: The Last Airbender is in the works, with production to start in 2019.

The original animated series aired from 2005 to 2008 for three seasons on Nickelodeon. A fantasy-adventure story inspired by Asian mythologies, it follows young Aang and his friends, as they battle to end the long destructive war with the Fire Nation, and restore peace and balance to the world. Besides winning multiple awards – including an Emmy – the franchise has spawned a popular sequel (The Legend of Korra), a comic book and graphic novel series, and various video games.

And then, there was the film we do not speak of. This Netflix reboot isn’t the first time we’ve seen Avatar: The Last Airbender go down the live-action route. Suffice it to say, M. Night Shyamalan’s 2010 live-action film adaptation serves as a pretty strong case on its own for why reimagining the beautiful fantasy world of Avatar in CGI realism might be an overkill.

However, Netflix’s announcement gave us much cause to anticipate a reboot that would right the wrongs of the Shyamalan version.

AND I can confirm that the original creators, Michael Dante DiMartino and Bryan Konietzko, will be back to take on the live action. THIS IS WHAT WE’VE BEEN TRAINING FOR ALL THESE YEARS. https://t.co/Pi5M1TDTZc

First of all, The Last Airbender’s original creators Michael DiMartino and Bryan Konietzko are back to take the lead as executive producers and showrunners. Original composer Jeremy Zuckerman is also returning to create the musical score for the reboot, so we’re expecting more majestic eargasm. The creators also promise that the new project will feature actors of colour, who were notably absent in the 2010 film.

“We’re thrilled for the opportunity to helm this live-action adaptation of Avatar: The Last Airbender,” DiMartino and Konietzko said in a joint statement. “We can’t wait to realize Aang’s world as cinematically as we always imagined it to be, and with a culturally appropriate, non-whitewashed cast.”

“It’s a once-in-a-lifetime chance to build upon everyone’s great work on the original animated series and go even deeper into the characters, story, action, and world-building. Netflix is wholly dedicated to manifesting our vision for this retelling, and we’re incredibly grateful to be partnering with them.”