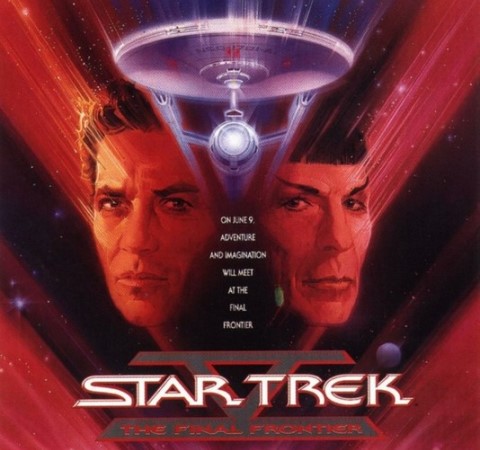 Old and New “Star Trek” Series To Stream On Netflix

Just two years after she gave us the highly raved-about The Seven Husbands of Evelyn Hugo, Taylor Jenkins Reid delivers another captivating historical tale that dives into the tumultuous lives of the famous. After navigating Old Hollywood in Evelyn Hugo, Daisy Jones & The Six now takes us into the chaotic world of rock ‘n’ roll at its peak in the 1970s United States.

Daisy Jones & The Six was one of the biggest, most popular rock ‘n’ roll bands of the 70s. Their music and the raw desire it expressed defined the decade. Their iconic level of fame does not need to be established; it is so implicitly assumed as universal knowledge that it’s easy to forget that the characters and the story are all fictional. Don’t be surprised if, when reading the novel, you start to question if Daisy Jones & The Six was a real band you shamefacedly have never heard of, and you’re reading about real events that have happened to real people. I certainly did. Google “is daisy jones,” and the autofill bar provides you with “is daisy jones a real person,” “is daisy jones and the six a real band,” “is daisy jones and the six a true story,” and so forth. That’s how vividly realistic the characters and story are. The band’s sound and turbulent dynamics would also remind big music fans of real-life bands, especially Fleetwood Mac. Daisy Jones indeed exudes a Stevie Nicks, fiery wild and alluringly beautiful, kind of vibe. Moreover, Reid came up with all 10 songs for a whole fictional album by Daisy Jones & The Six, and included the lyrics at the back of the book!

Like Evelyn Hugo, Daisy Jones is also written in a faux-biography style. But unlike the earlier novel, Daisy Jones brings us even closer to the characters’ world by using an interview transcript format. An author-character explains from the start that the book you are about to read is an oral history that she has pieced together from lots and lots of individual interviews with members of the band, their loved ones and music industry figures connected to the band. It’s a clever stylistic choice that makes the whole story so very addictively immersive, as though you are listening to a documentary. And it’s not a record of the band’s fame; there is still a plot involved and revelations that get built up to.

The interview takes place in present day, decades after the band has split. But what is still not clear to the music world after so long is why they split. To understand why and how it happened, we have to journey back to discover how Daisy Jones came to be the wild child of California, how The Six was first formed, and how Daisy Jones and The Six got together to become Daisy Jones & The Six.

In addition to kicking up the pace, the interview format also gives space for each character’s unique voice to develop and become memorable to us. There are eight main characters and five or so more that pop up on the side. As the band members recount the events from their individual points of view, we can still feel the tensions of the past that had snowballed into their split, still bubbling deep and even gaining the extra edge of defensiveness. Daisy Jones and Billy Dunne, the two main singers and songwriters of the band, develop an intense relationship based on a common creative spirit as well as a common struggle through addiction.

The novel deals rather heavily with addiction (alcohol and drugs) and all the awful things it can do to one’s life with others. It is a tinge romanticised at times, but the many mistakes that the characters made thanks to drugs and alcohol are harrowing enough to set you off the things.

There are several different elements to the novel – music, addiction, passion, fame, memory – and what weaves them all together best into a memorable story is not, as it might seem from the cover, the wild spirit of Daisy Jones. In fact, I personally found it hard to connect to Daisy, being ultimately manic pixie dream girl-fascinating even in her vulnerability, despite how hard Reid tries to insist otherwise. Instead, it is the unconventionally real and heartwrenchingly beautiful love story of Billy and his wife Camila, that informs the heart and soul of the novel. Camila, a wonderfully wise and grounded character, keeps not just the band and her family, but also the whole novel strong.

The excellent writing and gripping story makes it not hard to see why so many people have fallen in love with Daisy Jones & The Six. And one of its fans is actress Reese Witherspoon, who not only chose the novel as the March pick for her Hello Sunshine book club, but also will be adapting it for TV under her production company! Yes, we will soon get to actually hear those songs that Reid wrote! If you want to get a taste of how exciting the TV series adaptation will be, enhance your reading of the novel by listening to the audiobook, which is narrated by an amazing cast of actors.

Daisy Jones & The Six is now out in bookstores. We would like to thank Pansing for providing us with a copy in exchange for an honest review.