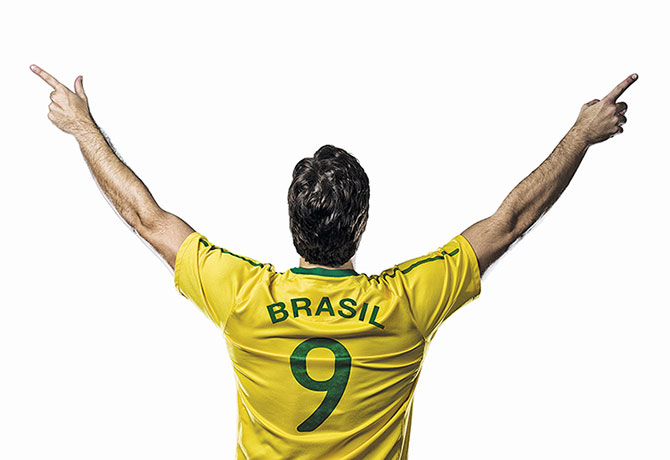 The World Cup is finally here!

The Star Trek franchise has lived long and prospered. Star Trek Beyond is the 13th film based on the series created by Gene Roddenberry and was reintroduced to the big screen in 2009 by JJ Abrams.

Following the success of the first two films in the reboot — Star Trek and Star Trek Into The Darkness — this is yet another tale of the USS Enterprise and her intrepid crew.

This film is the first time we see the crew head out to unchartered space for a mission, harking back to the old days of Star Trek where the storyline brings viewers to far-flung reaches of the galaxy instead of just focusing on Earth.

They encounter a mysterious new villain, Krall (Idris Elba), a ruthless alien military commander who puts everything the crew and the Federation stands for to the test.

New direction for the Enterprise

The crew of USS Enterprise is stranded on an unknown planet.

In Star Trek Beyond, Abrams relinquished directorial command of the metaphorical ship, handing the reins over to Justin Lin who directed The Fast and the Furious franchise. While Abrams remains a producer of the film, it’ll be exciting to see what Lin does with the series.

A fan of the series himself, Lin grew up in the 80s where everyone would gather around the television to watch Star Trek reruns.

The USS Enterprise enters unchartered space for a mission.

“The original Star Trek series is incredibly special to me,” says Lin. “Watching those old episodes was kind of the only time I got to spend with my parents. The crew of the Enterprise felt like an extension of our family.”

This was a key quality Abrams saw in Lin that made him feel more comfortable handing over the keys to him. “Justin has proven himself again and again as an incredibly strong storyteller,” says Abrams. “But what struck me more than anything was his genuine love of Star Trek. I knew he’d be able to handle the action sequences, but what got me most excited was hearing him talk about these characters as if they were people he knew. He’s really the perfect fit.”

Halfway into their five-year mission, they are suddenly attacked.

When Elba first talked to Lin about his character, they were on the phone for hours, breaking down the character of a hostile alien and learning about his nuances. After that call, Elba was drawn to Krall’s complexity completely.

“I didn’t want to play the archetypal bad guy,” says Elba. “I knew Benedict Cumberbatch would be a tough act to follow, so I worked extensively with Justin, Simon and Doug to figure out exactly who this guy is. How does he speak? What’s his physicality? Why does he have this beef with the Federation? When you have an answer to that, he’s no longer a monster. There’s a reason for everything that he does.”

As Krall, Elba had the additional challenge of acting under full head and body prosthetics. He would spend five hours a day getting his makeup done and two hours getting it off. Eventually, Elba used his personal discomfort to drive his performance. “I’m claustrophobic, so having that thing on my head for 18 hours began to inform my thinking about Krall. I just kept telling myself ‘one more scene and then I’m out of it.’ Krall is fighting for his own self-preservation, and I began to feel the same way. It fed it.”

On 19 Jun, the Star Trek family lost one of its own. Anton Yelchin’s unexpected passing devastated the cast and crew of Beyond. Yelchin, played Pavel Chekov, the bright-eyed mathematical prodigy who took on the role of chief engineer when Scotty resigned in Into The Darkness.

“Chekov has heroic moments,” Yelchin once explained. “But what really makes him fun to play is his silliness and optimism. The joyful quality that Walter Koenig (the original Chekov) so beautifully brought to the character, I feel extremely fortunate to get to play with.”

Yelchin died in a car accident when the film was in its post-production phase. He will be remembered by those who worked with him as a young talent who loved film and was deeply grateful to be doing work he was passionate about.
“I loved working with Anton,” recalls Abrams. “He was a deeply good soul. I can’t believe or stand that he is gone.”

A version of this article appeared in the print edition of Weekender, Issue 156, July 22 – August 4, 2016, with the headline ‘To infinity and beyond’.