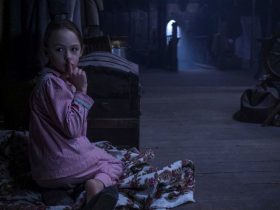 After 9 long years, Woody and his gang of toys are back – with a few brand-new additions – in Toy Story 4, their latest adventure bringing laughter and tugging at heartstrings as we learn with them how to let go.

If you are anything like us at Weekender, you’ve probably grown up watching the Toy Story franchise, mouthing along with Buzz Lightyear‘s catchphrase of “To infinity and beyond!”, arguing over who your favourite characters are (we strongly believe that Slinky and Hamm are some of the most underrated characters), and tearing up just a ‘lil any time you hear Randy Newman’s “You’ve Got A Friend In Me”. Suffice it to say, we were all excited to hear about Toy Story 4, and even more so with the introduction of new characters: an animated spork, named Forky? A pair of cute plushies voiced by famed comedy sketch duo Key and Peele (of whom Oscar-winning director Jordan Peele is a part of), and a posin’, jumpin’, ridin’ cowboy voiced by the ever affable Keanu Reeves? And Bo Peep, who we haven’t seen since Toy Story 2?

The movie starts in media res, continuing off from where it ended in the third film – after Andy, the toys’ former owner has grown up, and handed them down to his younger sister, Bonnie, thus resulting in them continuing to be showered with love and care. Then comes one of the central crises of the film: Woody (voiced by Tom Hanks), once a beloved and Most Important Toy, is now relegated to being tossed aside and forgotten; watching as his counterparts play with Bonnie.

While Woody tries to deal with this new challenge, along comes another one: Forky! A Frankenstein’s toy crafted from a spork, pipe-cleaners and a popsicle stick, mysteriously animated by the science of Disney/Pixar’s movie magic and Bonnie’s love, Forky perhaps speaks for the escapist in all of us with his constant longing to hide in a trashcan instead of facing his new reality as a toy. At first a funny little joke with Woody bravely soldiering on, it turns, as we all know from the trailer, into the adventure of the toys’ lifetime when Forky goes missing on the family’s holiday!

Disney has a knack for making movies that both kids and adults can enjoy, and Toy Story 4 is no different – especially so through the parallel introduction of both Woody and Forky’s existential crises, the former of which – what is the purpose of a toy when they are no longer loved? – has never truly been explored. Plus, we loved the little off-hand meta reference Woody makes about “the little voice inside his head” – that is, his conscience – that results in a movie-long gag involving Buzz (Tim Allen), although Buzz fans, don’t be disappointed if you realise that our favourite astronaut has a more muted role in this movie.

Another thing we loved about Toy Story 4 was the reintroduction of Bo Peep (Annie Potts)! Even though Bo is made of porcelain, and seemingly delicate and breakable, here she is portrayed as a character full of vigour and strength; literally wearing pants and unafraid to take risks as she regales Woody with tales of how she’s been living on her own as a runaway toy. She offers Woody new perspectives, helps him along his journey of self-realisation, and with her can-do spirit and optimism, is a gorgeous and strong character in her own right who shines.

Of course, do look forward to the other new characters, and not just the weird but adorable Forky! We found ourselves stifling giggles at the antics of Ducky and Bunny (Keegan-Michael Key and Jordan Peele) who are wise-cracking but also low-key murderous – don’t let their cute plush exteriors fool you! And definitely, a shout-out to the lovely and hilarous Duke Caboom (Keanu Reeves) who you just want to give a pat on the back and maybe a hug too.

The pretty but creepy Gabby Gabby and her horrendous horde of ventriloquist dummies might just give us nightmares – but Gabby is wonderfully fleshed-out character too, living in a dusty antiques store that, with its dim lights and old-fashioned furnishings, is so different from the settings of the franchise’s previous films.

Providing new and younger viewers a gorgeously-rendered and brilliant world to explore; familiar fans of the franchise a heart-warming epilogue, thought-provoking themes to discuss; and families a giggle-inciting, perhaps tear-jerking film to enjoy over popcorn – Toy Story 4 is one of the best additions to the franchise anyone could ask for.