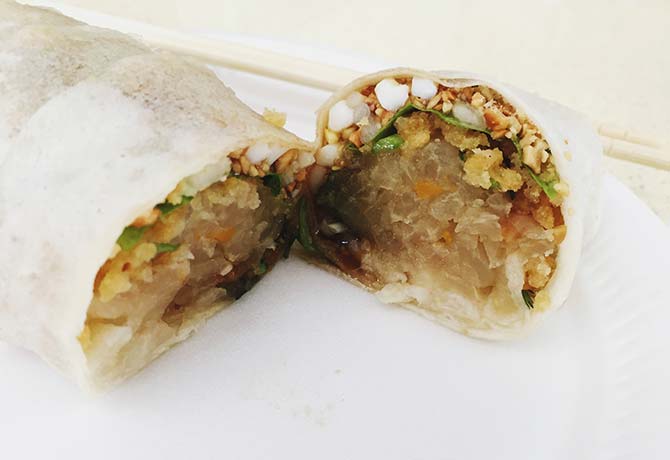 A wrap full of pleasure in this popiah

In 2012, comedienne Michelle Chong’s first movie, Already Famous, was entered into The Oscars.

It didn’t get nominated, but guess who has the last laugh now? Chong has just won Best Director for Lulu The Movie at the Canada International Film Festival 2017.

Say what? We’re surprised, but proud. Lulu The Movie was released in cinemas here in November last year, and it hit $2.1 million in the box office. If you need a refresher, here’s what you need to know about Lulu.

The movie follows the origins of popular Mainland Chinese character Lulu, who was first created for satire news comedy “The Noose”.

It’s the third movie that Chong has written, directed and produced. Her first movie, Already Famous, was Singapore’s entry into The Oscars 2012 for Best Foreign Film.

Gushing about her win, Chong shares, “This is my first Best Director award, and it comes from an ‘Ang Moh’ (Caucasian) country no less! And I didn’t even have to pay for it! It’s moving to me that the Canadians understand and appreciate the style and humour of the movie. Lulu love Canada! Lulu love Justin Trudeau!”