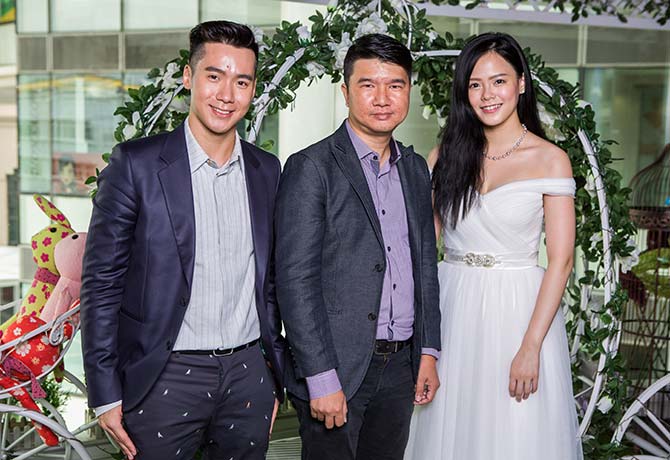 After 17 years as this iconic character, Jackman bares his claws for the last time on screen

The world has done quite a number on Wolverine. Since the first X-Men movie in 2000, the savage and hot-tempered mutant – who grew up with cage fights and no recollection of his past – has battled through beasts and demons both external and within.

Now, in the year 2029, Logan (reprised for the last time by Hugh Jackman) finds himself weary and weakened. With the X-Men long gone, he squirrels away in a hideout on the Mexican border, where he tends to an ailing Charles Xavier, aka Professor X (Sir Patrick Stewart).

But the former superhero’s attempts to hide from the world are upended when a young mutant, pursued by dark forces, shows up with powers eerily similar to Wolverine’s.

A cut above the rest

Whether you’re a diehard fan who’s caught every X-Men film or a newcomer to the Marvel mutants’ big screen adventures, Wolverine’s finale promises intense action and a deep emotionality that surprise even the team behind the 17-year-old series.

Jackman shares, “I wanted to hit the berserker rage like we hadn’t hit it before.” If that sounds like slang for gratuitous bloodshed and cursing, director James Mangold assures that it’s not.

He describes the film as an answer to the “exhaustion that’s setting in with the [comic-book movie] formula that’s been used for the last couple decades”.

“There’s cities exploding and super evil villains flying in from the planet Yahoo,” says Mangold, who also directed 2013’s The Wolverine. “There’s enough circus and spectacle. When you start to strip a lot of that out, you go: ‘Is this enough?’”

It might just be – there’s a new and striking chemistry that has sparked between Logan and Professor X. Jackman muses, “There’s more drama in that first scene between us than maybe [in] all the other movies combined.”

This sentimentality reached the point where Jackman was moved to tears during scenes when he is caring for Stewart’s sickly Professor X.

The older thespian, who has worked with Jackman since the first X-men film, says, “What has changed is the actor. I believe what he does in Logan is quite extraordinary. The aging, the sadness, the weariness [and] the borderline despair he exhibits, coupled with that edge that has always been there, is quite remarkable.”

Naturally, part of that high emotion was the fact that Logan is Jackman’s swan song as Wolverine.

The decision was made by the Australian actor himself, who reveals, “It just felt like it was the right time to do it. And let’s be honest, 17 years. It just feels like this is the perfect way to go out.”

With Logan’s softer side now peeking through, one might think Jackman was going out “not with a bang but a whimper”, as the actor half-jokes; yet, his scenes – whether tender or action-packed – will show otherwise.

“There is not a frame of this film where I can’t say I didn’t put everything into it,” Jackman says. “I couldn’t have made this film if I didn’t make the decision within myself that this was the last one. I just didn’t compromise on anything.”

In fact, after all these years of clawing through Wolverine’s story, the man himself admits, “I [didn’t] feel I’ve got the heart of the character until this film.”

He intimates, “This is a character I love. I owe my career to this character.”