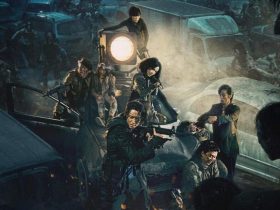 #WhatToWatch: Cinemas Has Opened its Doors!

On Jul 9 and 10, Popcorn Studios will be bringing Malaysia’s best-selling comedy hit “Laugh Die You — The Karaoke” to the Resorts World Theatre.

Use the promo code LDYKB1F1 to enjoy an exclusive buy one get one free offer to “Laugh Die You — The Karaoke” at this link. This sale ends 8 July.

The show pits the best Malaysian and Singaporean stand-up comedians against each other. Joanne Kam, Malaysia’s femme extraordinaire, will be representing Malaysia with her quick wit and acid-tongue. On team Singapore is Kumar, a comic genius who needs no introduction. The audience can expect no-holds-barred jokes on politics, sexuality and even Amos Yee — or as Kumar calls him, “Famous Amos [who] is not one smart cookie”.

The two queens will be duking it out, hurling jokes and insults about both Singapore and Malaysia. Things might get a little too heated and a hero will need to step in. Gurmit Singh, the man behind the iconic character, Phua Chu Kang, will be unveiling his new alter ego — Hero Singh. The character is a law-abiding security guard that helps to step in and save the day with is eccentric jokes and songs.

Speaking of singing, Malaysian band Hydra will also be performing and karaoke fans will have an opportunity to show off their skills on stage during intervals.

We caught up with the comedic trio to find out more about what guests can expect at “Laugh Die You — The Karaoke”.

How do you prepare material for a show like this?

Joanne: I drink a lot of tea. For me, I’ve already got my set but towards the later part of the show there will be a debate and you can’t plan for that. It will be ad-libbed depending on the topic given.

Kumar: I haven’t started preparing. I’m still reading because there’s so much current affairs going on and I want to keep things relevant. It will also depend on the energy of the audience on the day of the show.

How do you draw the line between what’s offensive versus what’s funny?

Kumar: It’s a bit hard. There’s definitely some people who might get offended by what you say, but you can’t please everybody because then it’ll be Mediacorp.

Gurmit: In comedy, it’s not us that draws the line actually, it’s the audience. And all of them will have different lines, the group might have a line until here, one person might only enjoy 10% and another only likes 2%. He might then go home angry about the whole show and blog about it.

Kumar: I can give you an example, I did a show and I was surprised that people can laugh at other races but not about their own. There were some Punjabis sitting in the front and I made a joke about the “helmet” and she said, “No, it’s a turban”. I was like, “Wow, you’re correcting me? As if I don’t know?” and then I told her, “I’m not holding a gun to your head to sit here, it’s your choice to come,” and she left after that. But, she laughed at every other race, so there are people like that who aren’t even ready to step out of their house that you’ll end up offending.

Joanne: It’s almost like watching a movie. At the end of the movie, people will have different opinions and not everyone will like it. It’s very simple, if you don’t like it then please don’t come again.

Do you think the comedy scene in Singapore has improved?

Kumar: I think the world needs to laugh. I think that there are a lot of issues that should be tackled with comedy. Things like terrorism, policy, politics should be said with comedy because it’s easier to absorb.

Gurmit: I think the comedy of the nation can be compared to your mood for a day. The comedy scene here doesn’t have a predictable line, it can be angry, anxious or exciting but we comedians are always trying to push out new, funny content and hope to make people laugh. Some people come to shows wanting to laugh but some people come to the show pissed and no matter what we do we can’t make them laugh.

Gurmit, why did you choose to perform as Hero Singh instead of Phua Chu Kang, especially since Phua Chu Kang is such a favourite among Singaporeans?

Gurmit: I think Singaporeans are used to PCK already and they’re waiting for something new. I always get asked on the street, “Are you working on a new project? Is there a new character coming out?” so I guess this would be a good place to launch something new. Hero Singh came about after sitting down and trashing ideas about. I really wanted to it because I’m Punjabi even though I look Chinese and since it’s not TV, I don’t have to be politically correct.

I don’t know how well Hero Singh will do. Maybe it will bomb after the two shows but at least I’ll know I tried.

Since the show is going to be a debate pitting Singaporeans against Malaysians, what do you think is the main difference between them?

Joanne: Just open the newspaper la, it’s all there. I think we’re different but similar in a lot of sense.

Gurmit: I like to say that Singapore and Malaysia have the same mother but different father.