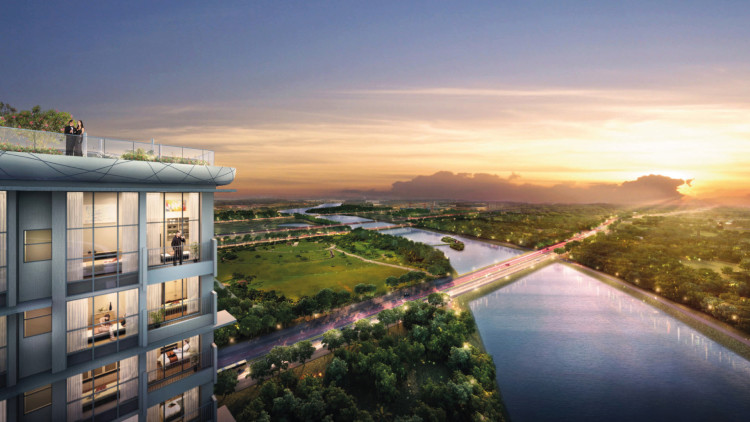 For her role in Taiwanese film Packages from Daddy, the actress insisted on going bare-faced

Even after giving birth to a son – Zed, who is now two – Fann Wong remains a glamorous fashion icon. The veteran actress, who is married to fellow actor Christopher Lee, was recently spotted at a Michael Kors opening and shot a campaign for Ed Hardy diffusion line, Hardy Hardy.

But this is not the Fann that appears in Packages from Daddy. On the contrary, she takes on a sombre role as a single mother of two saddled with the sudden death of her husband. The Taiwanese production was directed by Tsai Yin-chuan.

Before the Singapore Gala Premiere, Fann bares all about being a mother – both on and off the camera.

Hi Fann! You look different in this movie – how do feel about your no make-up look?

Of course, as a woman, I still care about my appearance, but as a mother [in this movie], I can’t possibly look all dolled up. I wanted to be convincing.

When we were on set, the stylists would insist on adding a bit of make-up, but I wanted to go bare-faced. They said, “You’re so weird. Most actresses would demand us to add more, but you’re asking us to take it off!”

What drew you to this movie?

When I heard that it was directed by Tsai, I was already very interested – I’ve always been a fan. At that time I just became a mother, so I felt more connected to topics like life and family. When I read the script, I was already crying uncontrollably!

Was it hard to leave Zed in Singapore to film in Taiwan?

Yes, I was reluctant to leave him. But my husband saw my moved reaction after I’d read the script and urged me to take the role. He’d ask me every day, “Have you accepted it? You have to! The baby is so young, he won’t even notice you’re gone.” [Laughs]

I was hoping he’d ask me not to take it so that I could stay at home, but he wanted me to do it. In my heart I sighed and wish he’d said no! Now I’m thankful to him for pestering me, or I would’ve have filmed this movie.

How did you cope with being away from your family?

I’d film for a few days then come back to see Zed, then fly back, and so on. When it was his first birthday, I remember hauling a whole pile of baby biscuits and such on the High Speed Rail from Taipei to Kaohsiung Airport to bring home.

Packages from Daddy will open in theatres on 15 Dec.