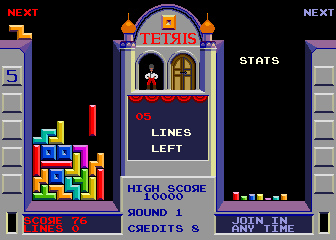 A Sci-Fi Thriller Based On…Tetris?

The big boys come out to play in the FA Cup as the top English clubs join the competition in the third round, with some tasty match-ups

Leicester’s Jamie Vardy is still joint-top scorer with Everton’s Romelu Lukaku — can he continue to inspire the Foxes against Spurs? (Photo: Pal2iyawit / Shutterstock.com)

This weekend’s English FA Cup fixtures present some giant-killing opportunities for minnows, as well as a mouth-watering clash between second-placed Leicester City and fourth-placed Tottenham Hotspur.

The trip to Exeter, a fourth-tier club, is what Liverpool needs after a testing week that saw it having to regroup after two tough away fixtures.

After Saturday’s harrowing defeat by West Ham, the Reds found themselves at Stoke’s Britannia Stadium on Wednesday for the first leg of the League Cup semi-final.

Liverpool needs to guard against complacency at Exeter because at the same stage of the competition 11 years ago, Exeter pulled off a famous 0-0 draw away to Manchester United.

Nevertheless, cup competitions represent Liverpool’s best chance of success this season after a string of inconsistent results leaves it close to mid-table.

Coach Jurgen Klopp desperately needs to strengthen his squad in the January transfer window. One of the best comments on Twitter this week described Klopp as a Michelin-starred chef in charge of a fast food restaurant, given the lack of talent at his disposal.

The pressure was eased on Louis van Gaal when Manchester United ended its eight-match winless streak by overcoming struggling Swansea last weekend. After the Red Devils’ failure in the Champions League and League Cup, they would love to go all the way in the FA Cup.

The match against third-tier Sheffield United seems straightforward enough but the Blades did knock them out of competition in 1993 with a shock 2-1 victory.

How Anthony Martial does in his first foray in the famous Cup competition will be the point of interest for fans, as the 20-year-old Frenchman has been a rare bright spot in a drab season for the Red Devils.

However mediocre they are at present, they should have no problem performing against the League One side. Finally, the attacking shackles should come off.

Arsenal’s Mesut Oezil has been spectacular this season, consistently orchestrating much of the Gunners’ attack from midfield. (Photo: Mitch Gunn / Shutterstock.com)

Given Arsenal’s proud position at the top of the Premier League, it’s easy to forget that it was the FA Cup that helped rehabilitate the chronic under-achiever of English football. The Gunners have won the last two editions, breaking a decade-long trophy drought when they defeated Hull City 3-2 after extra time in the 2014 final at Wembley Stadium.

Arsene Wenger has done an excellent job in getting the best out of his core players who’ve had little time to rest because of a crippling injury list.

Mesut Oezil continues to grow in stature (and that’s an understatement) and looks a lot more in tune with the pace of the League.

The Black Cats’ morale-boosting 3-1 victory over Aston Villa will boost confidence but a win at the Emirates Stadium against the Gunners, who are two-time defending champions, is beyond them.

Vincent Kompany’s absence due to injury is likely to impact Manchester City against Norwich in the FA Cup. (Photo: Photo Works / Shutterstock.com)

Of all the fixtures this weekend, the game at Carrow Road has the biggest chance of an upset. Norwich has won three out of its last four matches, including an impressive 2-1 defeat of Manchester United at Old Trafford. A second Manchester scalp is within grasp.

At Watford last weekend, City was unconvincing in the first 80 minutes. The Citizens came from behind with goals from Yaya Toure and Sergio Aguero in the last 10 minutes.

Despite Manuel Pellegrini’s views to the contrary, they are defensively suspect when club captain Vincent Kompany is absent, and when on the road against lesser teams with something to prove. Even if they’re knocked out of the Cup, they’re likely to edge Arsenal in the race for the League title.

Both teams were held to frustrating draws last weekend, taking away some much-needed momentum in the Premier League. Leicester, the season’s surprise, has struggled to score in recent games after the heroics of Jamie Vardy, Riyad Mahrez and Shinji Okazaki for much of the season.

Tottenham had a good festive period with three wins and a draw, placing it in the top four. How Spurs would love a good Cup run to further enhance the reputation of coach Mauricio Pochettino.