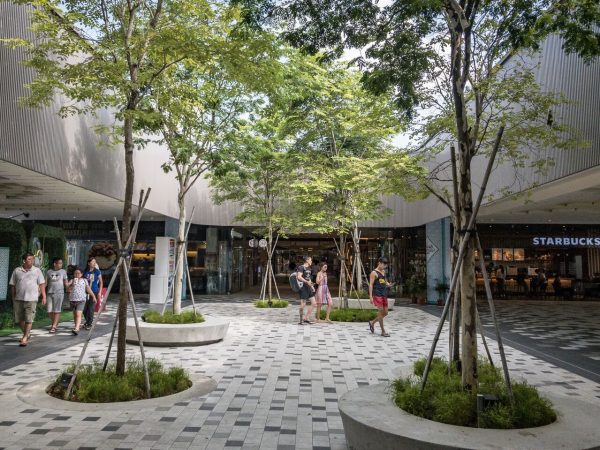 It was just two months ago that Guy Ritchie’s live-action adaptation of Disney’s Aladdin hit the cinemas; is it worth a ticket at the Sands Theatre to revisit the story again so soon?

Having seen the musical production, our answer is a resounding yes.

The Broadway version of Aladdin shows us that the beloved world of Agrabah and the characters are made for the stage. A truly live production could best bring the vibrant energy and magnificent glamour to full life for audiences to organically experience the magic of the classic tale. More than that, the Broadway version is not a straightforward scene-by-scene adaptation of the old and familiar animated classic, a take that has proven disappointing lately. It takes us closer to the original vision that Alan Menken and Howard Ashman had proposed for the animated movie but did not make the final cut.

So you can look forward to something new and refreshing. The energy of the stage version feels slightly different, even more wacky and playful than the 1992 movie. There are new songs that Menken and Ashman had originally created but were cut from the movie. We love the new songs, especially “Proud of Your Boy” and “These Palace Walls” (finally a Jasmine solo); they go a further step in exploring the main themes of self-discovery and feminism. A few tunes that we already know including “Friend Like Me” get an added jazzy feel that is in line with Menken and Ashman’s 1940s Old Hollywood inspiration.

There are new characters, too, the most notable being Aladdin’s three sidekick friends, Babkak, Omar and Kassim. They not only add to the comedy of the production, but also offer us more perspectives than just Aladdin’s about the class stratification in society.

With so few actors of colour in theatre, a mainstream musical like Aladdin is a chance for brown actors to shine and for brown people in the audience to feel represented as well. That’s why we are glad that this touring Australian cast is diverse, especially when it comes to the primary characters. The effort could have extended to more of the secondary characters and ensemble, however.

Graeme Isaako, Shubshri Kandiah and Gareth Jacobs all deliver memorable performances as Aladdin, Jasmine and the Genie respectively. The Aladdin in this production is much more of a smooth-talking ladies’ man that we were used to, but Isaako’s confident charm makes it work. Aladdin is also one of the rare Broadway musicals where the protagonist gets to dance quite a lot, and Isaako’s dance background pays off here.

Kandiah is a breath of fresh air as Princess Jasmine, with her lively and feisty spirit. However, the script did not give Jasmine nor Kandiah much room to shine and develop the feminist storyline. We felt that she had too little scenes and lines, considering that Jasmine is supposed to be a protagonist too, and we would have loved to see and hear more of her.

We could definitely sense the audience come to new life when the Genie makes his grand appearance. Gareth Jacobs steals the show with his tireless, very contagious energy, and impeccable comic timing. He made us all laugh with lots of gags, including a few Singapore-specific ones that brought down the house.

The antagonist Jafar and his sidekick Iago – who is a human instead of a parrot in this adaptation – is all about the gags. We must admit, their gags are funny; but using Jafar and Iago’s villainy for comedy does erode much of their sinister and formidable feel. And after a while, the running jokes start to wear thin.

An adaption of Aladdin would not be complete without the majestic set design and costumes, and this production now running at the Sands Theatre does not disappoint. Every costume worn by a character associated with royalty glitters against the light, and it’s not an artificial shimmer you see – they are genuine crystals! Close to 500,000 Swarovski crystals are used to make the costumes. The fabrics are incredibly intricate and diverse, with over 1,200 different fabrics used, paired with myriads of gorgeous beads.

The true test of how far the set design would go comes at the two Genie showstoppers. “A Friend Like Me” and “Prince Ali” elicited so many gasps from the audience when sparkly golden structures are rolled in and confetti fireworks explode. The magic tricks also made us turn to each other and go, “How did they do that?!”

And with the help of some automation wizardry, Aladdin and Jasmine do soar in a suspended carpet against a dreamy star-filled night sky while singing “A Whole New World.” It is a breathtaking sight to behold.

If you are all too familiar with the Disney classic, this production will take you on a non-stop entertaining ride to discover a whole new side to it. Catch it at the Sands Theatre, now playing until 1 September 2019.