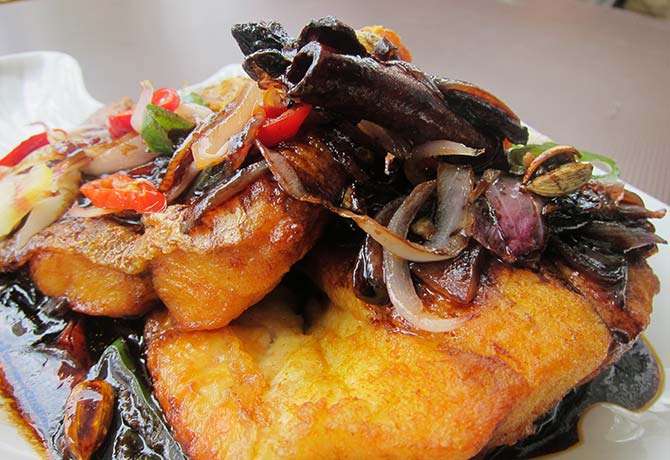 With its Peranakan heritage at the heart, the charming district brims with good eats and exciting activities

Named after Chinese landowner Chew Joo Chiat, the neighbourhood of Joo Chiat used to be populated by a growing English educated middle class consisting of Peranakans and Eurasians. Now, the cultural enclave can be easily recognised by its unique row of shophouses seen along the main road.

Of late, the Koon Seng Shophouses have been granted conservation status by the Urban Redevelopment Authority and Peranakan restaurants have bolstered efforts to preserve their culture. It was difficult choosing among the numerous eateries and attractions offered in Joo Chiat but here is our list of highlights you have to check out if you happen to be in the vicinity!

Gone are the days when Awfully Chocolate only sold chocolate cake in 1998. The chocolatier has now evolved into a growing empire that boasts more than 10 branches, including culinary forays of Ninethirty and Sinpopo under its brand’s name.

The most popular amongst the group – Ninethirty – the flagship Awfully Chocolate store in Singapore. The minimalistic cafe offers a wide selection of comfort food including ribeye steak  ($24), and the Laksa Tagliatelle, an Italian Peranakan fusion ($20), alongside desserts such as Dark Chocolate S’mores ($10) and the Super Stacked Chocolate Cake ($7.9).

Just opposite Ninethirty lies a quirky cafe that melds nostalgia with current times. Beyond the rustic metal grills lie a well-decorated interior, Sinpopo is the cafe that takes visitors to the late 60’s when the Peranakan culture was at its peak in the Joo Chiat, Katong area. Developed by the team behind Awfully Chocolate, Sinpopo’s menu is filled locally-inspired mains and desserts. With dishes like Baked Cod with Dao Jio Crust ($18) and the Sinpopo Crab Bee Hoon ($16), it is a place to put an end to local food cravings with a twist. Though ardent durian lovers must try the  Durian Pengat ($9), where tender durian flesh is cooked with Pandan and Gula Melaka before being served with coconut ice cream.