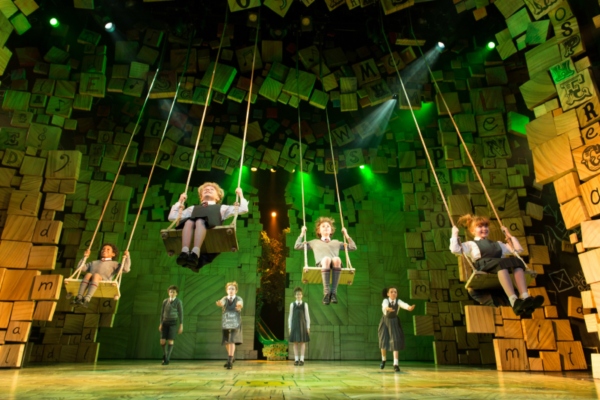 Theatre Review: ‘Matilda The Musical’ Delights And Finds Joy Even In The Darkness

Regardless of your type of upbringing, most of us (if not all) Singaporeans have enjoyed the experience of playing at the ubiquitous playground as a child. Almost every day after school, we would chiong down to the neighbourhood playground to play all sorts of games such as catching and *crocodile.

In recognition of the significant social role playgrounds play (pun entirely intended), the National Museum of Singapore has collaborated with the Housing & Development Board (HDB) to debut an extensive exhibition on the development of Singapore’s playgrounds. Aside from recollecting cherished childhood memories, the institution has also added installations that foresee the future of such play spaces.

The More We Get Together: Singapore’s Playgrounds 1930 – 2030 covers 100 years of playgrounds in Singapore, and begins with a first section titled Singapore’s Early Playgrounds, which leads visitors into the early 20th century.

Back then, Singapore had only a few designated playgrounds, so kids would usually play at any open space they could find. Community-initiated playgrounds soon emerged, and by the 1950s and 60s, playgrounds quickly became an integral element in Singapore’s public housing estates. As the exhibition transitions into the 70s and 80s, you’ll see some of the more familiar neighbourhood playgrounds designed and built by HDB from 1974 to 1993.

If you were ever curious about how the iconic dragon playground came to be, you’ll be glad to know that this is the first time that visitors will be able to view 12 original blueprints of Singapore’s iconic mosaic playgrounds designed by Mr Khor Ean Ghee, HDB’s first playground designer.

There’s also a sandpit for curious visitors to dig up more information about the various construction materials that went into building the playgrounds of yesteryear. And since we’re on the topic of sand, where did all the sand playgrounds go to?

Visitors are then whisked into the 1990s and 2000s, which saw a need for playgrounds to offer more adventurous yet safe play for thrill-seekers.

The centrepiece of this section is this miniature climbing playground inspired by the rope pyramid in West Coast Park, which was one of the tallest play climbing structures at that time when it was built in 2000. There’s another such rope play structure in the East side of Singapore as well, nestled nicely within Pasir Ris Park.

The installation will present a collective image of what Singaporeans envision their future playgrounds to be, based on an amalgamation of the individual designs created by visitors to the exhibition, which will eventually be used to guide the design of the new playground to be built at the museum. How exciting is that!

The More We Get Together: Singapore’s Playgrounds 1930 – 2030 runs from now till 30 September 2018 at the Stamford Gallery, National Museum. Admission is free.

*Oh and in case you’re curious about that playground game we mentioned earlier, crocodile is essentially catching, except that nobody’s allowed to touch the ground (not your legs, not your hands, not any body parts). So basically everyone’s dangling off some parts of the playground while trying to evade the catcher. Let us know in the Facebook comments if this game is still alive and well in any Singapore playground!