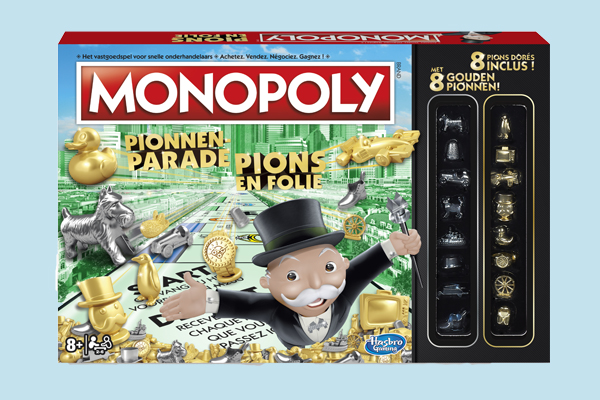 You Can Now Decide Monopoly’s Next Generation Of Tokens

At first glance, The Quay Kitchen and Bar appears to be a bit of an odd casual diner. With a nondescript shopfront, it could easily be mistaken for any bar along the Singapore River.

Nonetheless, its interior is incredibly spacious, complete with tall ceilings, mismatched furniture and even dart-boards. From the corner of my eye, I spied a fully-stocked bar with craft beers. The space was sparsely decorated but nonetheless inviting.

The brainchild of a former finance director, this newly-opened restaurant is targeted at locals, tourists as well as expatriates residing nearby.

The signature items, Brekkie 86 ($18) and 86 Burger ($20), both a reference to the restaurant’s address, scored high marks for their hearty portions and homely flavours. Brekkie 86 is the equivalent of an all-American breakfast with your choice of eggs and toast, streaky bacon, roasted vine tomatoes and hash. My Eggs Benedict had a delicious, runny yolk and the homemade hash had the texture of a golden brown rosti.

The use of a piquant pesto sauce made from piquillo pepper instead of the usual hollandaise lent an added tangy flavour to the poached eggs.

For a smooth drink with floral hops and a lemony finish, the Baird Single Take Session Ale is a great choice.

Among the dishes I enjoyed, the Buffalo Wings ($10) and the Balinese Skate Wings ($20) were among the more memorable ones. The wings, though small in size, were juicy and tender. Coated with a sticky-sweet BBQ sauce made in-house, they were scrumptious on their own but even tastier when paired with the vibrantly-flavoured and spicy Thai Nam Prik (Thai chilli dipping sauce).

The Quay’s Skate Wings (stingray) is given a Balinese spin with a marinade that’s made of lemon-infused chilli spice. Each mouthful imparts slow-growing warmth tinged with the refreshing fragrance of lemon.

The accompanying pilaf rice, fluffy and lightly seasoned, was the perfect vessel for the rich flavour of the spiced skate flesh.

If the heat proves too much to bear, cool down with one of the craft beers available at the bar. The extensive drinks menu includes craft beers from countries such as the USA, Scotland, Australia and Japan.

For a smooth drink with floral hops and a lemony finish, the Baird Single Take Session Ale ($14) is a great choice. Diners will also enjoy a bottle free for every six bottles ordered — what a way to celebrate after work!

A version of this article appeared in the print edition of Weekender, Issue 149, April 1 – April 14, 2016, with the headline ‘East meets West at The Quay’.