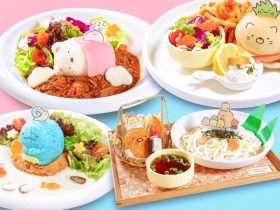 Housing a whopping 112 food and beverage outlets under its dome-shaped roof, Jewel Changi Airport is a foodie’s paradise. It’s quite an international one, too; true to its location right next to one of the world’s busiest airports, the newly opened lifestyle hub brings in popular restaurants and cafes from the East and West, many for their debut in Singapore. From the famous burgers of Shake Shack to Chinese comfort food at Yun Nans, Jewel has something for all palates. The following eateries are attracting some of the longest queues in Jewel, and as any true Singaporean knows, queues lead you to good food. Get your shopping done at the no less excellent retail side of Jewel, then sit back and fuel up at these food places.

One of the most anticipated dining establishments making its Singapore debut at Jewel, Shake Shack will finally open its doors to the public officially on 17 April. But the Weekender team got to take a little sneak peek and sample the food, and let’s just say… the wait will be worth it! The famous burger chain from New York has set up a two-storey outlet that seats 180 diners. You can find the signature Shake Shack favourites such as the ShackBurger, Shack-cago Dog, and classic crinkle-cut fries. Another globally beloved Shack item, the frozen custard ice-cream, gets a twist in various locally-inspired flavours (think pandan- and mango sago-blended ice-cream) exclusive to Singapore.