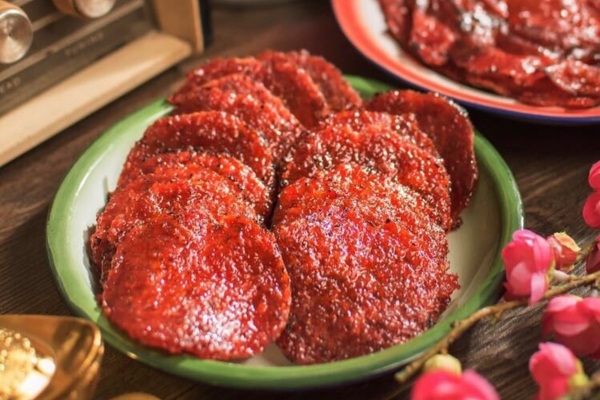 Known for her emotive layering of flavours, textures and modern presentation, Chef Bee is deeply grounded in the ingredients, techniques and authentic flavours of heirloom Thai cuisine. She will be presenting the flavours of long-forgotten Thai classics in exclusive ‘four hands’ lunch and dinner menus with Chef Benjamin Halat of CURATE.

Chef Bee keeps her focus on historical research and scours through old cookbooks to discover ingredients and techniques long forgotten. An example would be Wild Seabass with turmeric, fennel and ‘lon’ sauce, mildly seasoned with finely sliced lemongrass, lime leaf and red onions and inspired by the Sai Yaowapa royal palace cookbook written in 1935.

Served in Thai households for over hundreds of years, ‘lon’ is a coconut based herb infused relish that is typically served with raw vegetables like white turmeric, eggplant and wing beans and is considered the heart of Thai cuisine.

Matching the robustness of her creations, Chef Benjamin Halat, CURATE’s Chef de Cuisine, brings to the table his version of modern German gastronomy that has been reinterpreted to complement the elegant flavours of Chef Bee’s heirloom Thai signatures. Highlights by Chef Halat includes Breton Lobster with Chamomile, Pork Knuckle with Sauerkraut and dark beer; and Sanddorn, a palate cleanser of Seabuckthorn sherbet and German Gin from his hometown in Germany.