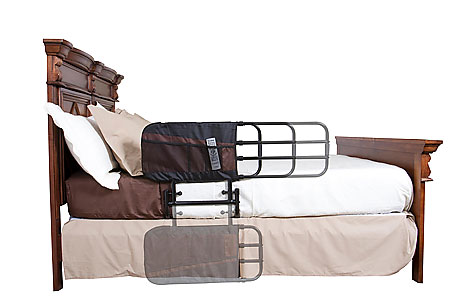 Helpful innovations for the golden years

Such as creating an emoji with your face on it

It’s all about the supercharge camera from the newest Samsung Galaxy S9. Rightfully so, seeing how the smartphone’s appearance isn’t strikingly different from its predecessor of the S8. But one’s thing for sure, the phones, old and new, are unquestionably beautiful with efficient designs of curved edges and glass-paneled fronts and backs.

Before we get to the camera bit, the 2018 model comprises a handful of other updates, one of which is correcting one annoying flaw – the placement of fingerprint reader that has since been moved to the center of its back. The S8’s reader was placed at the side of the rear camera, where you had to awkwardly stretched your finger to hit the target. The stereo speakers are enhanced for clear and crispy sounds, complemented by Super AMOLED Infinity Display that promises to be slightly brighter than the S8. Elsewhere, hardware features such as the button layout and headphone jack remain unchanged.

Now, to the biggest highlight of 2018 models: The camera – a single lens on the S9 and a dual camera on the S9 Plus. With a front-facing lens of 8 megapixels, the 12-megapixel rear cameras boast variable apertures for both phones, allowing the user to toggle the aperture depending on the surroundings. Billed to capture better low-light shots. the cameras also include a Super Speed Dual Pixel sensor for superior photo quality.

The camera upgrade also means more epic modes for the users to play around with.

Firstly, the Super Slow-mo – an intelligent feature that detects movement in the frame and slows it down, 960 frames per second.

Next up, the AR Emoji that allows you to create emoji based on your looks. Via a data-based machine learning algorithm, the function creates a 3D model of yourself that reflects and imitates expressions, such as winking and nodding. Think a mix between iPhone’s Animoji and Bitmoji. Not only can you share real-life emotions in video format, but your AR Emoji are reproduced in a range of .gif stickers, which can be sent through most third-party messaging platforms.

While the idea is cute, the AR Emoji is noticeably not as fluid with its expressions as compared to the Animoji, plus the Animoji’s little characters of animals and other characters are adorable, while Samsung AR Emoji of yourself borderlines to eerie.

The electronics brand has also rolled out its new Samsung Trade Up programme, which allows consumers to assess their phones’ value before trading-in all through an app. In a nutshell, the app lets you trade in your old devices for the (as of now) Galaxy S9 and S9 Plus without leaving the house. A free courier service will come and collect the evaluated phone for further assessment, before returning with your new phone purchase, sans the value of the old phone.

Available in shades of lilac purple, coral blue, midnight black and titanium gray, the Galaxy s9 and S9 Plus will go on sale from 16 March 2018 at local telecommunication operations, major consumer electronics & IT Stores, Samsung Experience Stores and Lazada Singapore.